Meet the Oldest World Series of Poker Winner in 20 Years 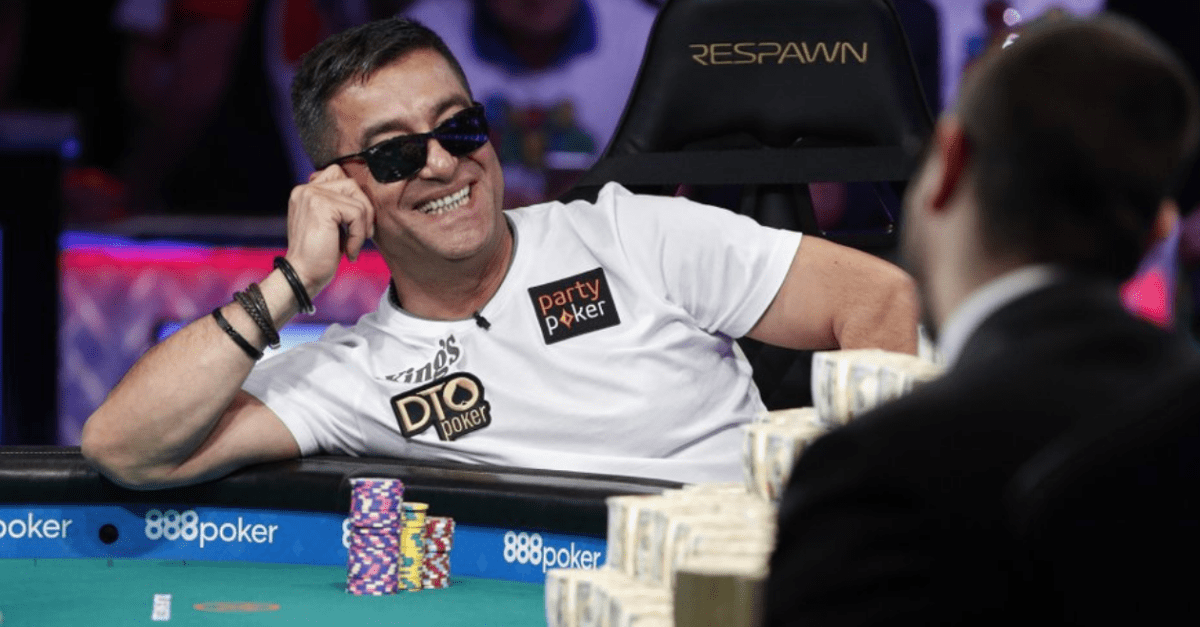 The 55-year-old native of Iran who immigrated to Germany 30 years ago became the oldest world poker champion in 20 years when he won the 301st hand at the final table to finish off Sammartino after nearly eight hours of play.

It’s the first time since 2014 the winner has come from outside the United States and third time ever the title has gone to an Iranian-born competitor.

Congrats to Hossein Ensan, winner of the @WSOP Main Event for $10,000,000. #WSOP50 Everyone at @partypokerlive and all your friends @pokerroomkings are delighted for you. 💪💪🎉🎉🍾🍾 pic.twitter.com/BcX5gWlk9I

“Unbelievable,” said Ensan, who now lives in Greven, Germany. He was making his first appearance in the Main Event with a previous total of $2.67 million in career earnings.

“I am so happy. I thank my fans at home in Germany, also in Iran and my fans, my buddies here. This is the best feeling in my life,” he said after claiming the winning hand when Sammartino pushed his chips all in at 1:24 a.m. Wednesday at the Rio All-Suite Hotel & Casino on the Las Vegas Strip.

Ensan, wearing a white crew neck T-shirt with poker sponsor patches, and Sammartino in a black tuxedo exchanged numerous smiles and a congratulatory fist bump at one point in the good-natured contest down the stretch.

Sammartino, 32, who is originally from Naples and now lives in Vienna, Austria, won $6 million for second place in the 11-day tournament that began July 3 with a field of 8,569 ? the second largest field in the 50-year history of the event. He was bidding to become its first Italian-born champion and now has won more than $8 million in his professional poker career.

Livingston, 32, of Halifax, Nova Scotia, pocketed $4 million for third. The former chess champion who studied economics at Tufts University outside Boston finished 13th in the 2013 World Series of Poker and now has $4.65 million in career earnings in the event.

Garry Gates of Henderson, Nevada, a survivor of the 2017 mass shooting on the Las Vegas Strip, took home $3 million for finishing fourth the night before. Kevin Maahs of Chicago got $2.2 million for fifth.

Ensan, who also won a diamond-encrusted gold bracelet, entered the final night with a commanding lead holding 60% of the chips in play among the three international finalists.

Sammartino took the lead briefly for the first time late Tuesday more than three hours into the final round ? bringing his fans in “Super Dario” T-shirts to their feet ? and Livingston was eliminated about 15 minutes later.

But Esan stormed back to take the lead about 90 minutes later and never looked back on his way to becoming the oldest champion since Noel Furlong won the title in 1999 at age 62.

It was the first time in 27 years a native Iranian has won. Mansour Matloubi won in 1990 and Hamid Dastmalchi in 1992.