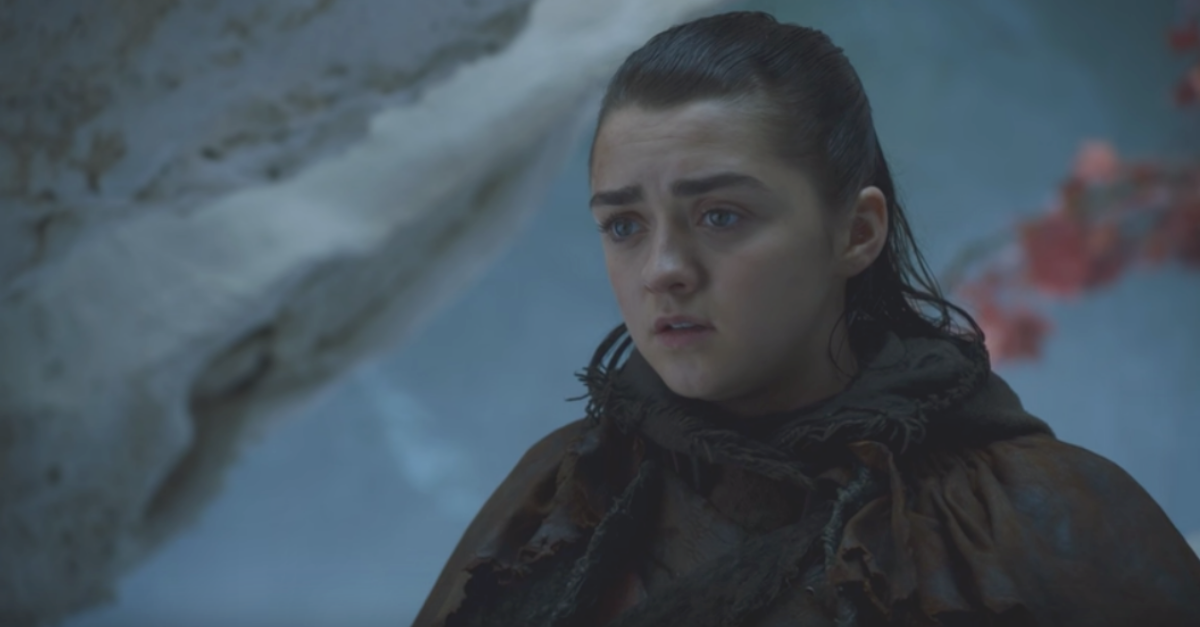 If you haven’t spent the last few days, weeks, months and years watching HBO’s hit series Game of Thrones, I beg you to start watching it. I’ve seen The Wire. I watched Breaking Bad beginning to end twice. I quote lines from The Office way too much. Like almost everyone, my jaw hit the floor after The Sopranos’ iconic ending.

Game of Thrones is better than all of those TV shows combined. But if you aren’t caught up with Season 8, Episode 3 titled “The Long Night,” I’d suggest you check out The Ultimate Texas Fishing Bucket List because the rest of this article includes spoilers that’ll ruin the entire show for you…

Now that we’ve weeded out the unworthy, let’s talk about the greatest moment in television history.

Arya Stark ditched Needle, pulled out her dagger, switched hands like Michael Jordan and stabbed the Night King in the belly. The White Walkers and Army of the Dead collapsed like the AAF as millions of Game of Thrones fans jumped from their seats, screamed like their team just won the Super Bowl, and applauded for five-straight minutes. (Alright. You may not have done all that, but that’s exactly what I did.)

The Valyrian steel dagger Arya used ? known as Catspaw ? is the most famous knife in television history, and now it is resting comfortably at the Cushing Library on the campus of Texas A&M University.

Arya Stark's dagger "Catspaw" was on display last night during the #BattleofWinterfell! Today, the dagger is on display in Cushing Library! #GameofThrones #tamu pic.twitter.com/MC6W3t3H4x

Catspaw is now part of the George R.R. Martin collection ? the original author of the story’s book series ? which is managed by Jeremy Brett, the Curator of Science Fiction and Fantasy Research Collection at Texas A&M University.

But why Texas A&M of all places?

“Martin used to be a frequent attendee at AggieCon, the annual student run science fiction convention run by Texas A&M’s Cepheid Variable, a “organization devoted to the support and promotion of all things science fiction, fantasy, horror, science, and technology,” (according to the university’s website).

“During those visits, he [developed] many positive relationships in the area.

“In 1986, [Martin] met then-head of Special Collections Don Dyal, who asked Martin if he would ever consider donating his materials to Cushing Library’s large and ever-expanding Science Fiction & Fantasy Research Collection.

“The materials include Martin’s original manuscripts, correspondences and much of his memorabilia.”

RELATED: A 219-Inch TV Nicknamed “The Wall” Has Arrived

You can visit the Cushing Library during their hours of operation and see a ton of authentic Game of Thrones memorabilia for yourself. However, if you want to see Catspaw, you need to make a special appointment.

Or, you can just be a super-nerd like me and buy one for yourself right here on Amazon.

The Wall is in shambles. The Battle of Winterfell left dead bodies everywhere. Daenerys Targaryen and Jon Snow (or Aegon Targaryen, whichever you prefer) are singing A Song of Ice and Fire. Cersei Lannister is chilling down at King’s Landing on the Iron Throne just trying to rule Westeros. Brienne of Tarth is still the most badass knight in the Seven Kingdoms.

It’s safe to say this final season is building towards a climactic ending that should be one of the most-watched events in television history.

And if you were wondering, the answer is yes: I do think Bran Stark is behind this whole thing. That Three-Eyed Raven trick won’t fool me.