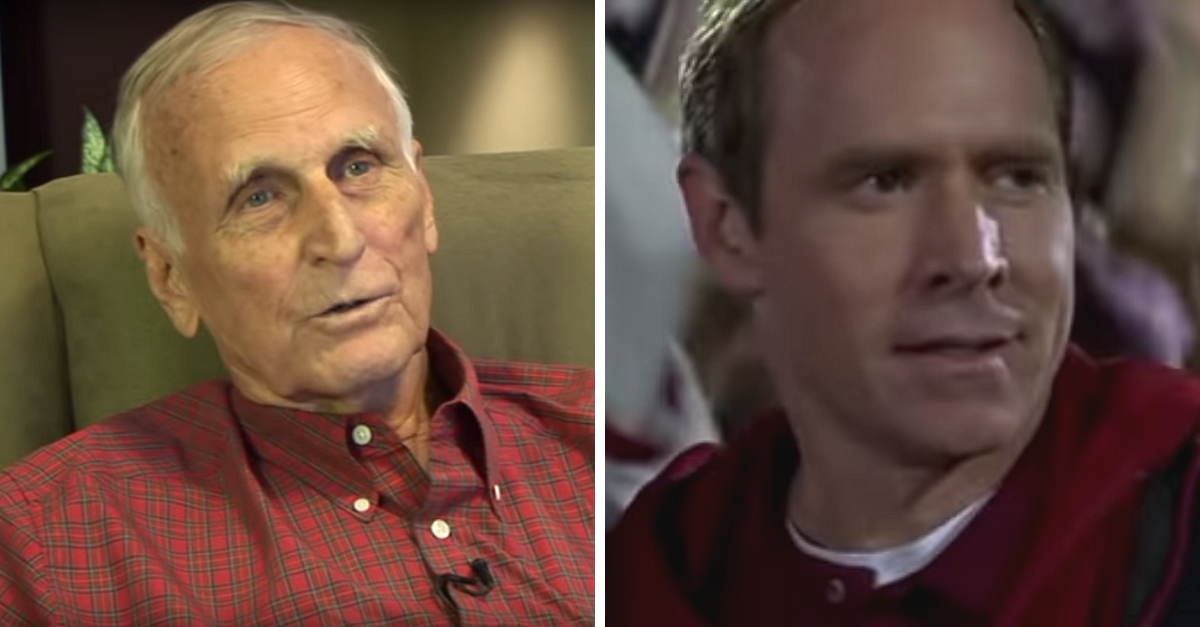 William “Bill” Yoast lived in Alexandria, Virginia in 1971 amidst incredible socio-political tensions. The famous Supreme Court case Brown vs. Board of Education required school districts to integrate students regardless of race. When “The Massive Resistance,” a campaign created to opposed the ruling, finally failed, T.C. Williams High School became the focus of protests and riots in the city.

However, it was two men ? Herman Boone and Bill Yoast ? who brought Alexandria together in one of the most famous high school football seasons ever. After an undefeated state championship in their first year together, President Richard Nixon told the Washington Post, “The Titans of Alexandria saved the city of Alexandria.”

Sadly, coach Bill Yoast died on May 23 at an assisted living facility in Springfield, Virginia, according to an Alexandria City Public Schools press release. Yoast’s death was confirmed to the Washington Post by his daughter, Dee Dee Fox. No immediate cause of death was given.

Yoast was born in Florence, Alabama and graduated from Coffee High School. After joining the U.S. Air Force, he attended Georgia Military College before graduating from Mercer University with his bachelor’s degree. Yoast then attended Peabody College in Nashville where he would earn his Master’s degree.

It was at Francis C. Hammond High School in Alexandria ? an all-white institution ? where Coach Yoast rose to prominence. He led the football team to a regional championship in 1969 and was considered one of Virginia’s top high school football coaches at the time.

Rather than leave for another school, Yoast chose to step backwards into a coordinator role when Herman Boone was given the head coaching job.

“People were not accepting integration. But you could see it in Bill Yoast,” Boone said in the school’s news release. “You can?t fake believing. You can lie about things, but you cannot fake your beliefs.”

That famous 1971 season was portrayed in the Disney film ‘Remember the Titans’ starring Denzel Washington as head coach Herman Boone and Will Patton as defensive coordinator Bill Yoast. It’s considered one of the best sports movies of all time.

“No doubt, the beginning of our relationship was rocky. I didn?t know Yoast. Yoast didn?t know me. I knew that Hammond had no black athletes and I didn?t know if coach Yoast had anything to do with that. But we got to [training camp] and became roommates and found a way to talk to one another.

RELATED: Julius Campbell, Who Helped Us ‘Remember the Titans,’ Dies at 65

Remembered as “a quiet, humble person-person” who was “instrumental in helping pull the city together,” Bill Yoast was more than a football, baseball, and track and field coach who spent three decades coaching in the Alexandria School District. This man understood that pushing away his African-American neighbors was wrong and helped show an entire city, alongside Herman Boone, that putting aside racial differences helps us all thrive better together than apart.

In 2005, Boone, Yoast and Glenn Furman, an assistant coach on that 1971 state championship team, were inducted into the Alexandria City Public Schools Athletic Hall of Fame.

Herman Boone called Yoast “the best friend he ever had.”

Yoast is survived by his ex-wife Betty, four daughters and seven grandchildren.