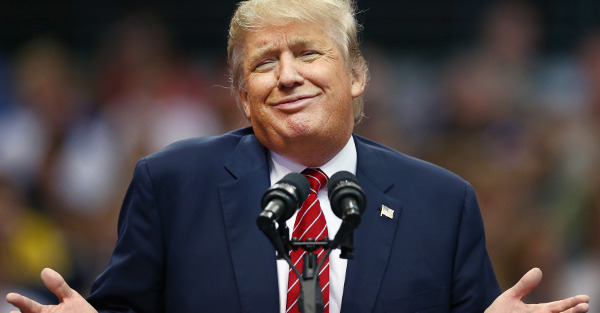 RTELATED: Dwyane Wade just lost a cousin in Chicago in the most tragic way

Chicago Bulls star and Chicago native Dwyane Wade’s cousin was fatally shot Friday while pushing a stroller near the University of Chicago. Trump, who has recently pushed for attracting black voters, thought it would be a perfect opportunity to use 32-year-old Nykea Aldridge’s death to solicit support from black voters.

Dwyane Wade's cousin was just shot and killed walking her baby in Chicago. Just what I have been saying. African-Americans will VOTE TRUMP!

Trump’s original tweet, where he incorrectly spelled Wade’s name as “Dwayne,” was posted at 9:24 am. It took him over four hours to offer sobering thoughts about the senseless act of violence.

My condolences to Dwyane Wade and his family, on the loss of Nykea Aldridge. They are in my thoughts and prayers.

Trump’s tweet wasn’t lost on those in the Twittersphere, as almost everyone had something to say:

Reminiscent of his reaction to Orlando massacre. He sees murders as a political opportunity, nothing more. https://t.co/rxQbLzkJF2

@realDonaldTrump were those thoughts there before or after you used his horrific loss as a grotesque excuse to talk about yourself?

At a recent rally, Trump said African Americans had nothing to lose by choosing to vote for him in the upcoming presidential election. Support for Trump amongst black voters is at a record low.

Trump polls 1-2% among blacks. In '64 Goldwater got 6% after voting no on the Civil Rights Act. In '68 segregationist George Wallace won 3%.