For many people, Elle Duncan's name has become synonymous with the phrase "Girl Dad." The SportsCenter anchor grabbed national attention and heartstrings when she presented a segment that focused on NBA legend Kobe Bryant's relationship with his daughter Gianna after their untimely death in a tragic helicopter accident in January of 2020. She also recently referenced that segment in a moment that didn't make it to air, upon her wishes, that asked girl dads to set up for their daughters after the recent overturning of Roe v. Wade by the US Supreme Court. While both of these segments touched me for very different and specific reasons, I had already fallen for her humor, sass and intelligence long before that.

What you might not know, though, is that she didn't get her start in sports. She was actually signed to a recording contract in her teens. Although, if you ever have the chance to catch her on "Debatable" you will likely notice a subtle musical riff here and there. She was proof that you could be both artistic and athletic, which are things many people don't always think go together.

Often you either love sports but don't get the arts, and vice versa. I always find this interesting because they actually have so much in common. They both include competition, dedication, a feeling of family that comes with collaboration and teamwork, and the intangible quality of knowing that something you did or said that day made a lasting memory or difference in someone else's life. After all, arts and sports at their most basic levels are entertainment. 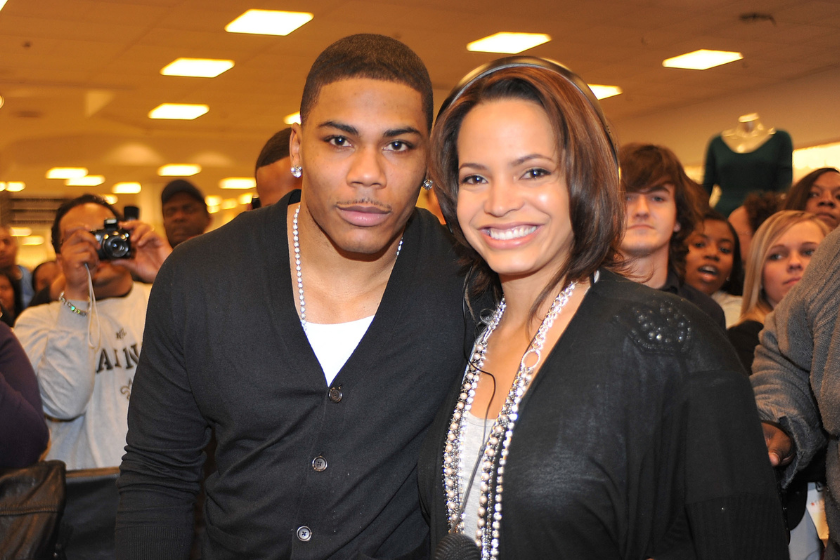 Lauren "Elle" Duncan got her start in Atlanta covering both music and sports and occasionally filling in as a traffic reporter. In the sports world, Duncan worked as a sideline reporter for the Atlanta Hawks and with the Atlanta Falcons Radio Network on shows like "2 Live Stews" and "790/The Zone." After making inroads in Atlanta, Duncan made a move to Boston, where she worked for NESN (New England Sports Network) as a sports news reporter for two years. Working as a sideline reporter for the Boston Red Sox and anchor at the desk of NESN Live, Duncan was also given pregame and post-game shows for Super Bowl XLIX in 2014. However, two years later, her time to shine as a sports anchor on the biggest network around had arrived, as she was hired by ESPN in 2016.

Audiences fell in love with her while she was leading "SportsCenter" broadcasts with fellow ESPN anchors Matt Barrie and Kevin Negandhi while also guest hosting "Get Up" and "First Take." It was clear something was different about her approach at ESPN's news desk. She wasn't just delivering scores and highlights in a standard way. Her love of the entertainment industry was woven subtly throughout her broadcasts. She's not afraid to put her petty on display or her unbiased love of Georgia football or disdain of the Atlanta Falcons. In fact, it's those things that I believe draw viewers to her.

What Duncan has displayed in both her "Girl Dad" pieces is a unique ability to speak from a vulnerable place, and by doing so she is able to allow us to tap into our own. She does what a great storyteller or actor can do by infusing her own experiences to inform the work she puts out into the world. Just by being authentically herself, she gives us all a space to feel like we can do the same.

The Importance of "Girl Dads"

While I'm definitely not the only one that was touched by both of those pieces, they definitely hit me in a very specific way. My love of sports comes directly from my dad. He was the one who spent hours in our front yard kicking a soccer ball with me. He coached my soccer teams until I decided I wanted to play at a more serious level. He was the one who took me to the diamond at my elementary school and showed me how to hit, field grounders and catch routine fly balls. He sat and explained scoring in baseball during Detroit Tigers broadcasts. He answered all the questions about the differences between college and professional football when we'd watch on Saturday and Sunday afternoons. I could go on and on, but at the most basic level, he never made me feel like I couldn't like or succeed at sports just because I was a girl.

When he had a stroke almost three years ago and lost a major amount of his mobility, our days of playing catch in the front yard were long gone. But we could still sit together and talk about sports. When we didn't have sports because of Covid and Bally Sports re-aired a game from the 1968 World Series, he could tell me almost every memory he had of watching that game. It will be a moment I will always treasure. As much as I think of Kobe when I hear the term "Girl Dad," I think of Elle more.

Where my #GirlDad ?s at? pic.twitter.com/IMpuT5pc4B

I look at all of the incredible women we now get to see on our screens as on-air personalities, in our ears from their podcasts, and even in our Twitter feeds. The ones who always stick out to me are the storytellers. People like Elle, Katie Nolan, Michelle Beadle, Mina Kimes, Kate Fagan, Malika Andrews, Charlotte Wilder, Jessica Smetana and Jemele Hill, to name just a few.

When I was a kid, I remember occasionally catching Robin Roberts or Linda Cohn on SportsCenter and thought it was so cool to see a woman talking about sports. While we have a long way to still go in terms of representation, we have also come so far when I look at the list of names above (and all of those I haven't mentioned).

Elle Duncan's longest and most impressionable legacy may be that of her "Girl Dad" pieces, but to me, she represents that and so much more. She has succeeded by being authentically herself, from petty to personable to perceptive and everything in between. Oh, and that she can sing too.