This Hated Weatherman Will Not Apologize for Interrupting Sporting Events 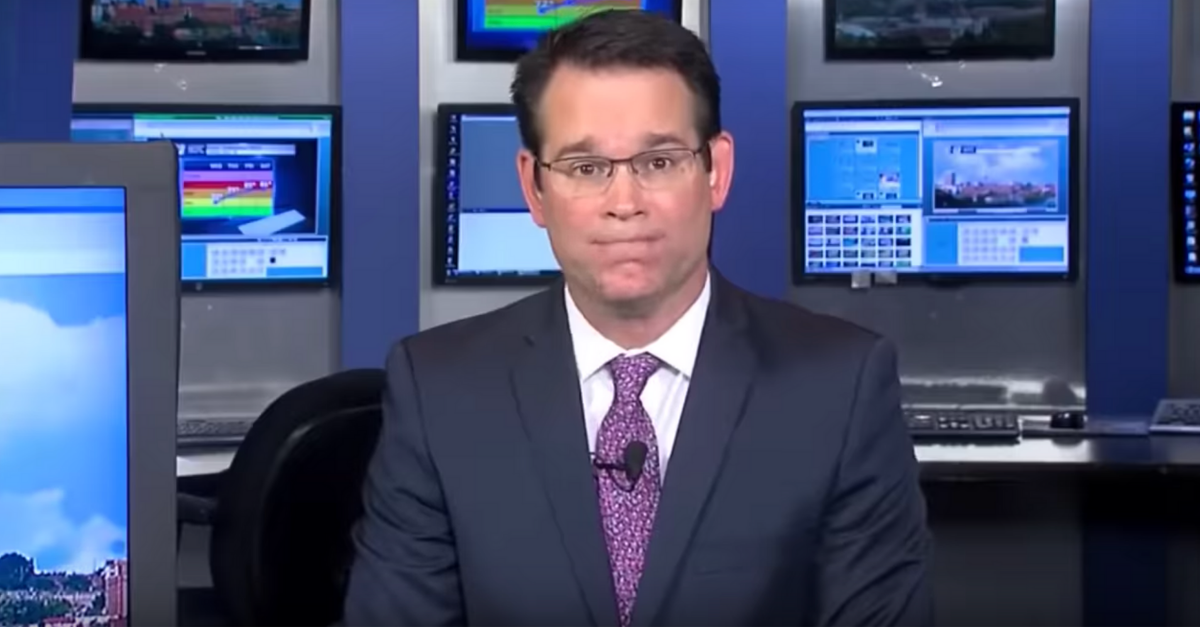 If you grew up in the Midwest, where police actually ask people not to shoot at tornadoes, you know a thing or two about severe weather. And if you are a sports fan, well, you understand that even the biggest games can be interrupted if it?s serious enough. These sorts of things happen like clockwork, but there are still some people that hate being bothered by the weatherman every few minutes.

It?s time for everyone to meet meteorologist George Flickinger, if you don?t know him already. He works for WSET, an ABC affiliate in Virginia, and he takes his job very seriously. Frankly, the man doesn?t care how passionate you are about the game that?s on, if there?s a tornado around, he?s about to pop on your screen and tell you all the critical information about it.

That was the case during Game 7 of the NBA?s Western Conference semifinals between the Denver Nuggets and Portland Trail Blazers. The game was over 1,500 miles away (which is irrelevant but still) and fans were glued to their TV screen. Then, BOOM, a tornado warning comes up, the game went to a split screen, and hoops fans everywhere were stuck listening to Flickinger do his thing of weather alerts.

Needless to say, the split screen didn?t make people very happy and called to yell at Flickinger for basically just doing his job.

RELATED: You Won?t Believe How Much Money Skip Bayless is Worth

Look, having a split screen (or that awful map in the bottom corner of the screen) during a major sporting event is annoying, but Flickinger does have a point here. If there is bad weather in the area, there are some people that want to know. The split screen was a nice compromise, but there?s just no way you can please everyone.

?And I just like to say, I thank you for absolutely ruining game seven of Denver versus Portland because you have to show a **** tornado warning for over half and hour!? Caller 1 said.

?We get it, there?s a tornado, it?s been on the t.v. for over 20 minutes and I?m trying to watch the last 3 minutes, not on the BS split screen. This is BS you guys are terrible at your jobs!? Caller 2 added.

If you want an apology, go somewhere else. Flickinger isn?t going to give it to you. And if he had to do it all over again, he absolutely would.

The kicker to it all is this: George Flickinger was fired by a Tulsa TV station back in 2006 for breaking into a live NFL broadcast between the New York Giants and Seattle Seahawks to warn local residents of dangerous wild fires. According to the Tulsa World, he received a request for evacuation from the Mayes County Emergency Management office and so the weatherman went on air.

Whether you are a chief meteorologist or just a part of a weather team in the United States, you might want to think twice before interrupting a sporting event if you don?t want backlash.

Just know that from now on, and probably for forever, George Flickinger does not care one single bit about your game if there is severe weather in his area.

READ MORE: Sneaky Pic of Alex Rodriguez on the Toilet Is Going Viral and He?s MAD