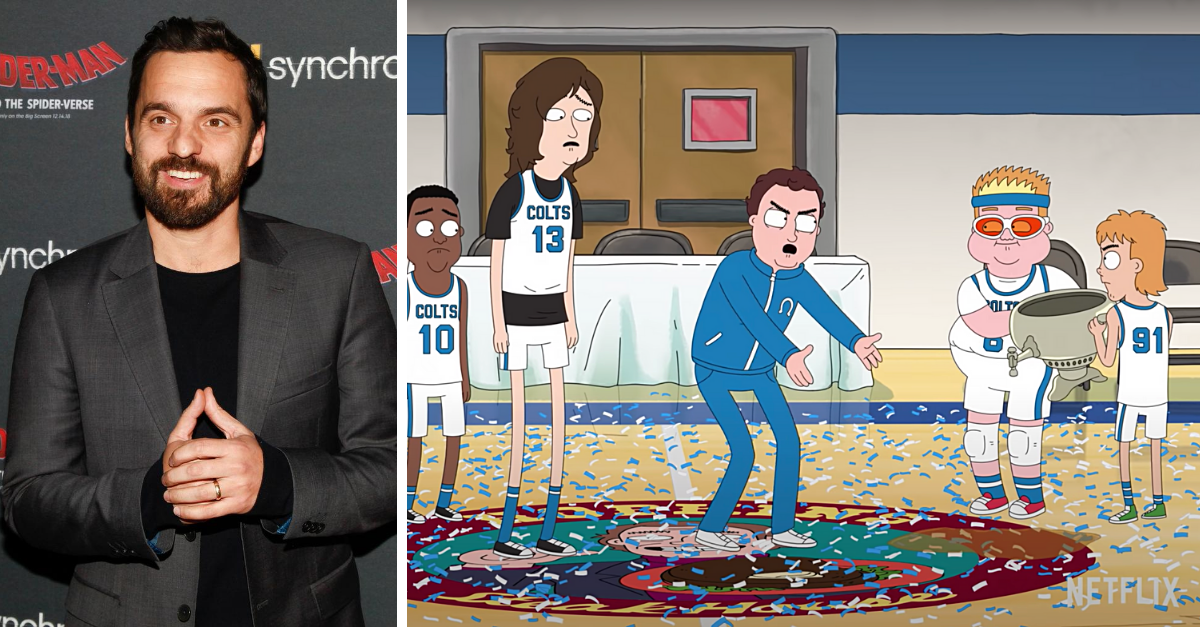 Netflix kills the game with raunchy, animated adult comedies. I promise that if your sense of humor can handle it, Big Mouth is the funniest show you have yet to watch. The global streaming service has hit big on numerous award-winning programs — Bojack Horseman won two Primetime Emmy Awards for Outstanding Animated Program, and Disenchantment was created by Simpsons legend Matt Groening.

Sports fans are getting their turn with the release of Hoops, the comedic brainchild of creator Ben Hoffman.

Warning: This trailer contains (a lot of) NSFW language and images.

Netflix’s teaser of the animated TV show is enough for me to know I’ll watch the entire first season in two days:

“A foul-mouthed high school basketball coach is sure he’ll hit the big leagues if he can only turn his terrible team around. Good luck with that.”

Flanking Johnson on the Hoops cast is a collection of comedic voices with decades of experience between them who are sure to resonate with anyone tuning into this trending TV series.

When Is The Release Date for Netflix’s Hoops?

The entire first season of Hoops drops on August 21, 2020. There’s been no shortage of excitement about the animated series, especially with the coronavirus pandemic and COVID-19 keeping us all (mostly) locked down indoors over the summer.

At the height of the NBA’s Orlando bubble, taking a breather from greatness like LeBron James and Giannis Antetokounmpo with a raunchy basketball comedy series headlined by this god awful team is exactly what the doctor ordered.

Check out more from the Netflix series here.

MORE: The Final Season of Netflix’s “Last Chance U” Has Arrived