Long Before Kaepernick, Jackie Robinson Said: “I Cannot Stand and Sing the Anthem” 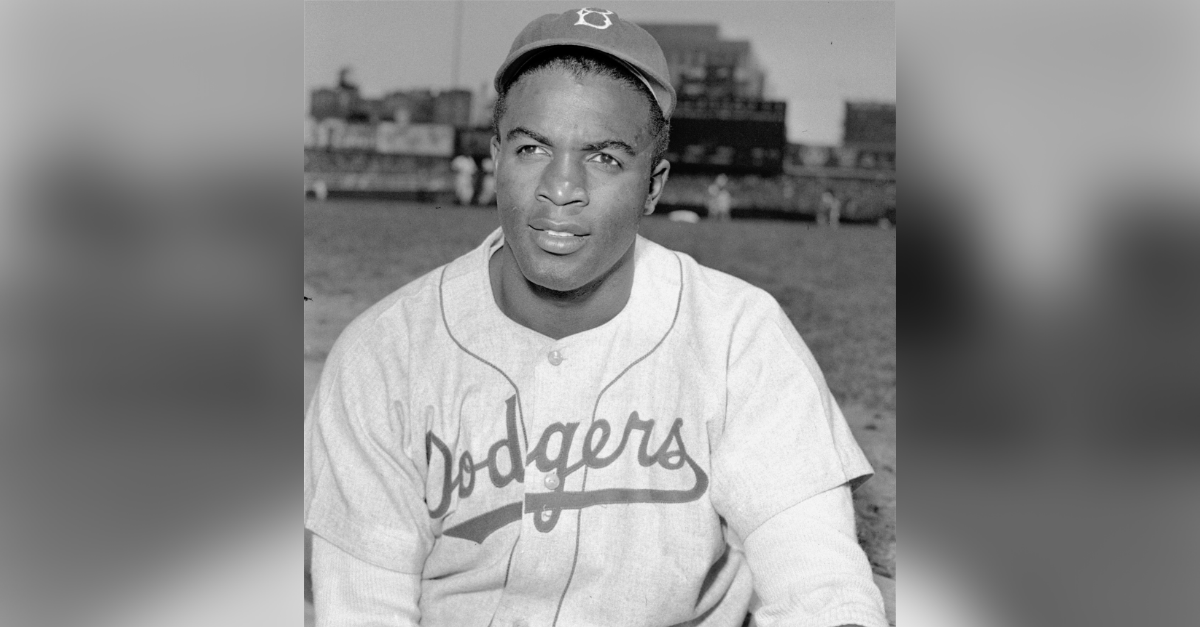 Each and every year, like clockwork, Major League Baseball celebrates April 15 more than the your local accountant does for the end of tax season. That?s because on Opening Day in 1947, Brooklyn Dodgers first baseman Jackie Robinson made a debut for the ages. It?s the moment the color barrier was officially broken, the day baseball segregation ended, and it laid the foundation for generations of athletes to follow in his footsteps.

Robinson was an incredible ball player. He was a six-time All-Star, won the National League MVP in 1949, and helped the Dodgers win the World Series in 1955. His play is why the franchise retired his No. 42 jersey. His courage and ground-breaking debut is why the MLB honors Jackie Robinson Day, and why nobody will ever wear that number again, on any team.

No matter how it was accepted back then by some, Robinson created change from that moment on. He played a major role in the civil rights movement with his friend, Martin Luther King Jr., and inspired many to never judge someone by the color of their skin.

Before Robinson died of a heart attack in 1972 at the young age of 53, he wrote an autobiography entitled, ?I Never Had It Made.? In the book, there is an excerpt that remains at the forefront of sports and of the American people about the national anthem.

It?s a message that continues to be shared today, including from former San Francisco 49ers quarterback Colin Kaepernick, who knelt during the ?Star-Spangled Banner? before NFL games in protest of social injustice, racial inequality and police brutality.

The message deserves some context. The world we live in today is far different than the one Jackie Robinson endured when he was born, made his MLB debut, and wrote his book.

Yet, the message remains virtually the same.

?There I was, the black grandson of a slave, the son of a black sharecropper, part of a historic occasion, a symbolic hero to my people. The air was sparkling. The sunlight was warm. The band struck up the national anthem. The flag billowed in the wind. It should have been a glorious moment for me as the stirring words of the national anthem poured from the stands. Perhaps, it was, but then again, perhaps, the anthem could be called the theme song for a drama called The Noble Experiment. Today, as I look back on that opening game of my first world series, I must tell you that it was Mr. Rickey’s drama and that I was only a principal actor. As I write this twenty years later, I cannot stand and sing the anthem. I cannot salute the flag; I know that I am a black man in a white world. In 1972, in 1947, at my birth in 1919, I know that I never had it made.?

? Jackie Robinson in ?I Never Had It Made?

Jackie Robinson lived an incredible, Baseball Hall-of-Fame life. He had a military career in the Army, dominated everywhere as a baseball player ? from the negro leagues to the minors to MLB with the Brooklyn Dodgers ? and has one of the biggest legacies in sports history.

It?s even more fascinating that the message he tried to convey back then, nearly 50 years ago, and over two decades after he broke baseball?s color barrier, is very similar to one many athletes still feel today during national anthem protests in the United States.