More trouble in paradise? LeBron looked pissed as the Cavs lost to the Nets 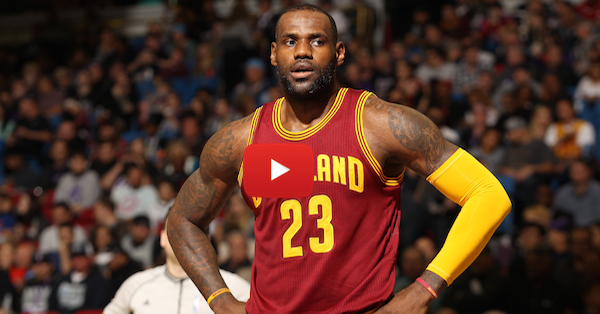 SACRAMENTO, CA - MARCH 09: LeBron James #23 of the Cleveland Cavaliers stands on the court during their game against the Sacramento Kings at Sleep Train Arena on March 9, 2016 in Sacramento, California. NOTE TO USER: User expressly acknowledges and agrees that, by downloading and or using this photograph, User is consenting to the terms and conditions of the Getty Images License Agreement. (Photo by Ezra Shaw/Getty Images)

The Cleveland Cavaliers and LeBron James are not exactly really getting along at the moment. In the recent days, there have been some questionable comments from James, suggesting that his future may be somewhere other than Cleveland. Given all this, Cavalier fans probably didn’t like what they saw from their beloved star on Thursday night, as Cleveland lost to the Brooklyn Nets 104-95. During one particular Cleveland defensive possession, James looked incredibly frustrated with his team.

After the loss, James told reporters that his team needs to understand the process better. This ‘process’ is probably what you should be hearing about teams in the beginning of the season, not so much less than a month before the NBA Playoffs begin.

LeBron James: "I don't have the right word at this point in time, but we have to understand how important our process is."