No. 1 dual-threat QB’s recruitment is over, and he has enrolled early 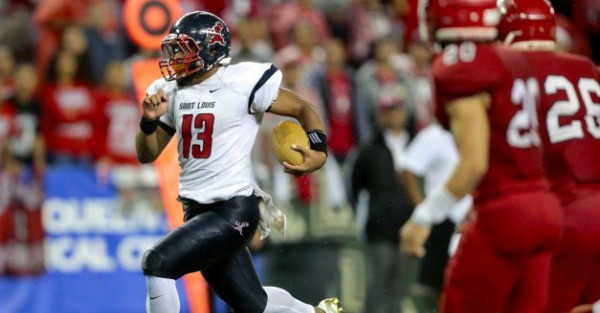 Tua Tagovailoa, the nation’s top dual-threat quarterback, has ended his recruitment and is expected to enroll at the University of Alabama next month.

The 6-1, 212 pound native of Honolulu, HI announced his intentions on Twitter Thursday, saying he’s signed his financial aid forms and has completed all the credits necessary to enroll at the university in January

Signed, sealed, delivered.. This will wrap up my recruiting process. Thank you to all. To God be all the Glory and #RollTide pic.twitter.com/jbb6lKxgCO

According to 247Sports, Tagovailoa is No. 1-ranked dual threat quarterback in the country and its No. 33 overall prospect. He joins a 2017 Alabama class that also has a commitment from four-star quarterback Mac Jones, who’s expected to enroll next summer.