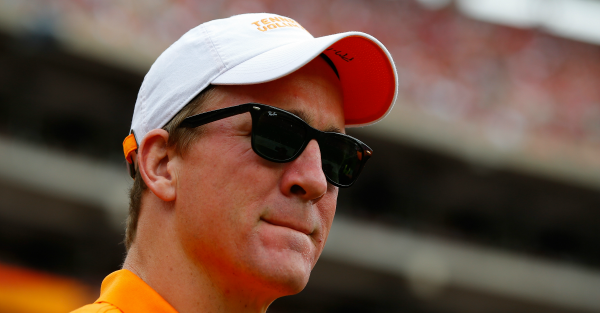 There has been some talk recently alleging Peyton Manning might have sexually assaulted a female trainer during his time at the University of Tennessee. Manning, in a book, said the incident was innocent. The trainer, Dr. Jamie Naughright, claimed it was deliberate.

Now, the New York Daily News has come out with a lengthy report that claims Manning, his family, and the University of Tennessee engaged in a cover-up of sexual abuse and misconduct. The allegations received limited media attention 13 years ago, before the explosive ascent of social media. Among the allegations, based on “earth shattering” court documents the newspaper says it received from a source:

Manning and Naughright eventually agreed to sign a confidentially agreement regarding the incident, and she left the university shortly afterwards and took a job at Florida Southern College.

In 2002,  Manning noted in his book, Manning: A Father, His Sons, a Football Legacy, that he mooned a fellow athlete and that a female trainer might have seen it. If she had seen, he continued it might have been something she?d laugh at, adding that she had a vulgar mouth. The Daily News said the allegations in the book led to Naughright being dismissed from her job.

Naughright later sued Peyton and Archie Manning, among others, and the case was settled out of court.

The next question is what, if anything, comes of this?