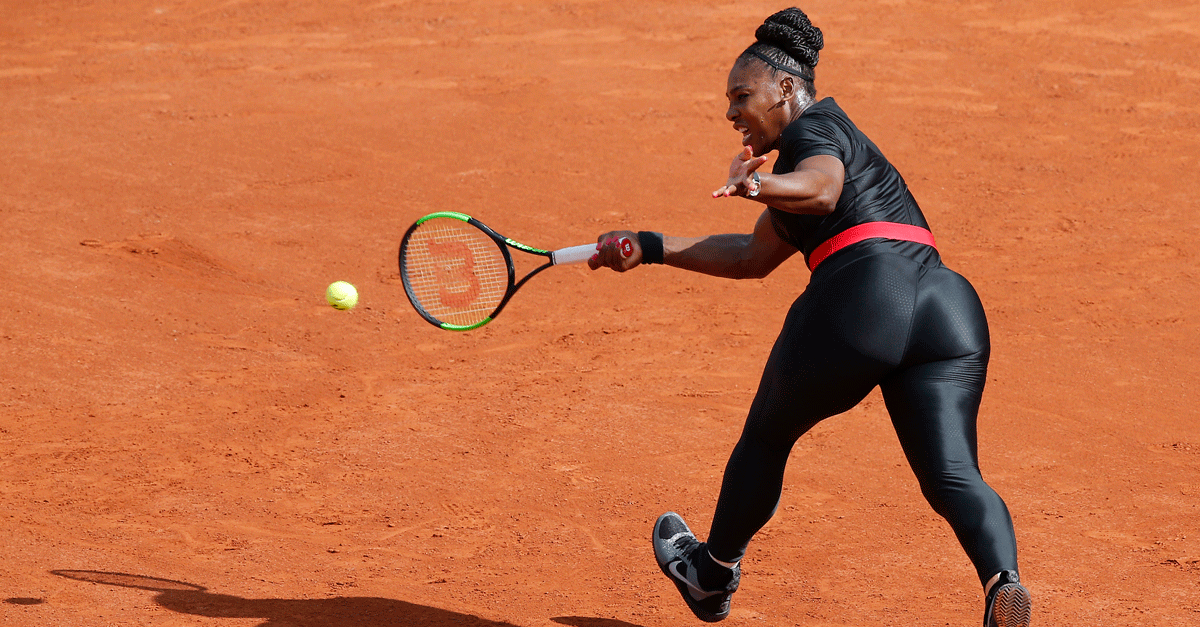 Sex sells, and there is no higher currency than women’s bodies. Consider, for example, the powerful statement of Serena Williams’ black Nike catsuit at the 2018 French Open, her first Grand Slam appearance since giving birth. It was sleekly fitted, designed to prevent blood clots, and more importantly, made her “feel like a warrior princess.”

Bernard Giudicelli, the president of the French Tennis Federation, proved this very idea of currency correct when he announced the new wardrobe changes for the French Open. Following the tournament at Roland-Garros in May, Giudicelli announced a new dress code policy for 2019 play that would make Serena’s now iconic catsuit illegal.

The French Tennis Federation president Giudicelli spoke for the entire French Tennis Federation when he announced, via press release, that the need to regulate players’ uniforms are because he “thinks that sometimes we’ve gone too far.” In an interview with Tennis magazine for the 500th edition, Giudicelli singled out the very catsuit, saying, “It will no longer be accepted. One must respect the game and the place.”

Athletes and brands came to the defense of Serena Williams following the blatant wardrobe policy. The responses cited everything from her exceptional talent to the accolades of her 23-time Grand Slam wins. Williams’ response to the controversy was, in line with her respectful and poised demeanor, “No big deal.” Nike, maker of the ‘offensive’ catsuit, tweeted a photo that simply reads, “You can take the superhero out of her costume, but you can never take away her superpowers.”

Social media sounded off on the topic, of course, but famous tennis legend Billie Jean King’s response was the most telling on the catsuit ban.

The policing of women’s bodies must end. The “respect” that’s needed is for the exceptional talent ⁦@serenawilliams⁩ brings to the game. Criticizing what she wears to work is where the true disrespect lies. https://t.co/ioyP9VTCxM

Hell, even the ex-president of Iran tweeted support for the American tennis star (take this one with a grain of salt, though. Iran has its own messy gender and racial policies to work out).

Why is the #FrenchOpen disrespecting @serenawilliams ? Unfortunately some people in all Countries including my Country, haven't realized the true meaning of freedom.

It would be remiss to gloss over Venus and Serena Williams’ struggles as black women in the tennis arena as a strictly gendered issue. The sisters, during their reign of dominance in the sport, have encountered thinly-veiled racist and gendered politics left and right. They have, in the face of such disgusting insults and policies, remained strong and poised.

And what better way to further insult the powerhouse of Serena Williams than to claim her body itself is a disrespectful object in the sport of tennis? That body, mind you, has won the most Grand Slam titles in singles, doubles, and mixed doubles combined.

The Black Panther-inspired bodysuit also hit the scene as “Wakanda” was the word on everyone’s lips, marking an iconic moment in cinema where children of color everywhere could see themselves reflected in powerful characters on screen. It almost doesn’t matter that it’s become the highest-grossing film by a black director because what it did for representation in pop culture in this country is unmatched. That was not lost on Serena Williams. And now, President Bernard Giudicelli is making the statement that a black body in a black catsuit, one that was designed for medical purposes (to promote blood circulation, preventing blood clots) and actually makes the wearer feel powerful, is disrespectful.

I don’t know what’s more disrespectful: the idea of strong, grown women dominating the court in a goddamn neon pink skort or Mr. Giudicelli’s implication that this single catsuit decimated the reputation of international tennis everywhere.

Was tennis player Andre Agassi himself not the definition of ‘disrespecting’ the traditional tennis wardrobe when he showed up to compete in the U.S. Open at Arthur Ashe in tiny jean shorts?

At least the French Open catsuit was a serious design meant to ease her pain and also enable her to play her best game. Agassi, in interviews since, has joked about his denim shorts publicity stunt, citing that they are just a part of his story. Is this catsuit not just part of Williams’ story?

And to that end, was John McEnroe not ‘disrespectful’ to the gentlemanly game of tennis when he was busy screaming at this ref in Stockholm in 1984?

I have watched many a tennis tournament where Williams had to listen hecklers left and right, shouting racial slurs, and this woman never lost her calm at a line judge the way McEnroe has many times over.

Consider the time Williams reported a racial heckler to the line judge. Not only did she remain calm and firm, but she held her ground and insisted he be removed respectfully. This kind of poise and grace, to me, matters more than any fashion statement on the court.

In today’s media landscape where athlete storylines play out on tabloid pages and social media is the favored microphone for self-promotion, female athletes’ bodies still fall under far more scrutiny than their male counterparts. Sex still sells, after all, and what is more unsettling than a woman who knows the power of her worth, even if that worth is judged by the body that carries her.

In the case of tennis star Serena Williams, one of the greatest athletes of our time, she understands those power dynamics at play. No matter how many regulations are set in spite of her, this superhuman athlete and mother will always show up on the court ready to wipe the floor with her opponent. Whether she’s wearing a black catsuit or not is besides the point.

READ MORE: How the World’s Highest-Paid Female Athletes Stack Up Against the Men