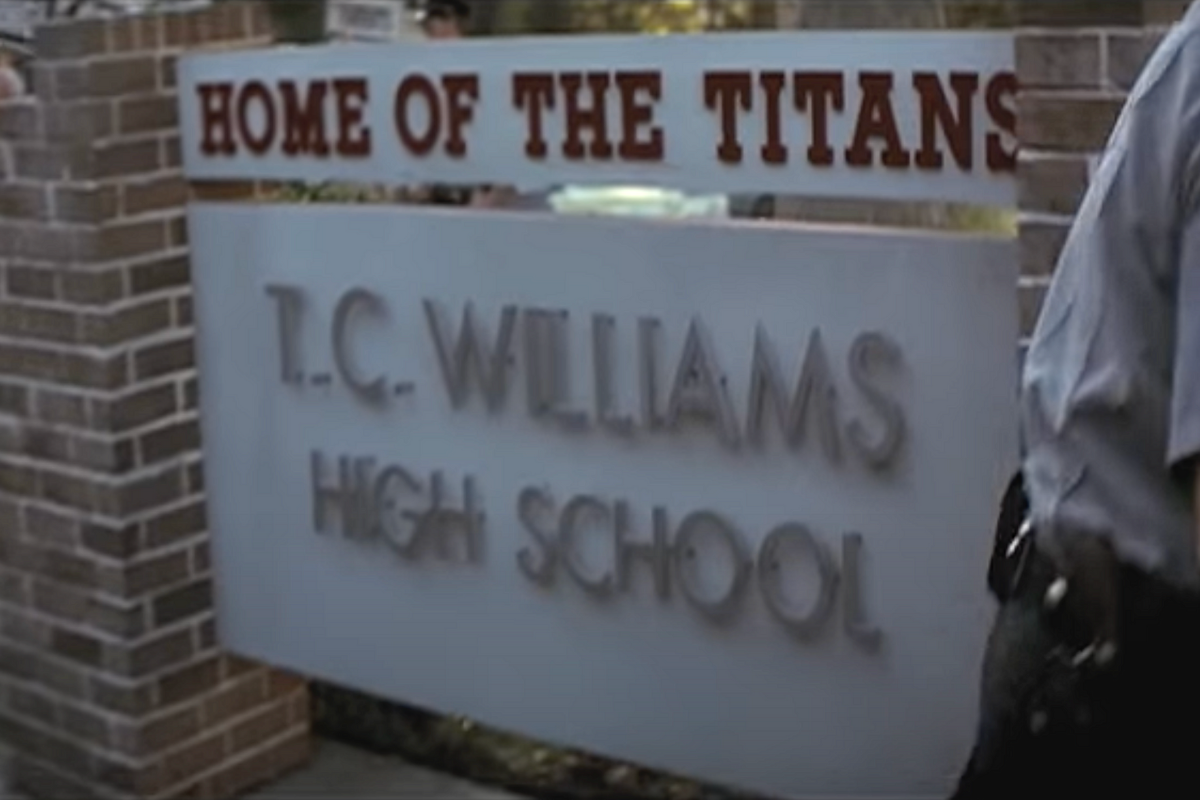 A lot has changed since “Remember The Titans” told the true story of the T.C. Williams High School football team’s integration under iconic head coach Herman Boone in 1971.

Since the memorable “Fake 23 Blast with a Backside George Reverse” play was called, both the real Boone and assistant coach Bill Yoast died months apart in 2019.

Now, the high school from the movie located in Alexandria, Virginia is changing its name because of the racist past of T.C. Williams.

TC Williams was a known segregationist.

The beloved high school from one of the greatest football movies of all time is getting the name axe.

According to FOX 5 Washington DC, the school was named after a segregationist named Thomas Chambliss Williams, who served as the school system’s superintendent from the mid-1930s until 1963. He was notably against schools desegregating and said “black and white students learned differently.?

The ACPS argued Williams’ views “could not have been more inconsistent with the vibrant, diverse and inclusive place we know today.”

The school board’s unanimous vote — which included changing the name of Matthew Maury Elementary School to Naomi L. Brooks Elementary School because it was named after a Confederate Navy commander — will go into effect on July 1, 2021.

This isn’t the first time residents attempted to change the school’s name.

According to WUSA 9, locals wanted the school’s name changed in 2004. The idea was ultimately scrapped out of fear that the 1971 Titans football team “would be forgotten.”

Alexandria resident Marc Solomon told WUSA 9 that the team could be remembered without honoring someone like TC Williams.

Renaming schools has become common in this day and age, especially as racial tensions place a magnifying glass over their histories. Let’s just hope the name change doesn’t make us forget the Titans.