This is a team that clearly needs some help with punting 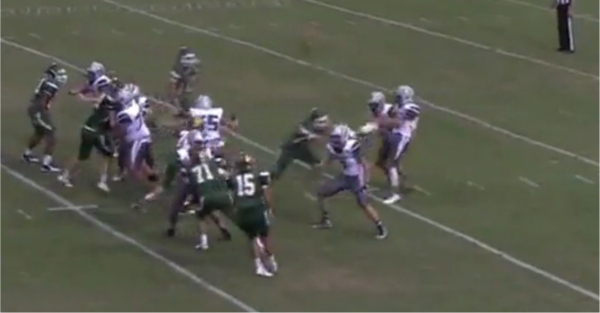 One South Carolina high school team will probably be punting a lot in practice after a big mistake. Oakbrook Prep tried to punt in a game against Ben Lippen High School, but it went hilariously awry.

We’ve seen bad punts before, but sending it off an opponent’s helmet is a new one. Credit Ben Lippen’s Garrison Moore for making a heads-up play once the ball fell to the ground by returning it for a touchdown. Oakbrook Prep has a lot of other stuff to work on to, as Ben Lippen won the game 55-0.

The punter shouldn’t feel too bad about the block — Cleveland Browns punters can barely do any better.