“The Titan Games” Season 2 Nears the Finals, And It’s Time to Tune In 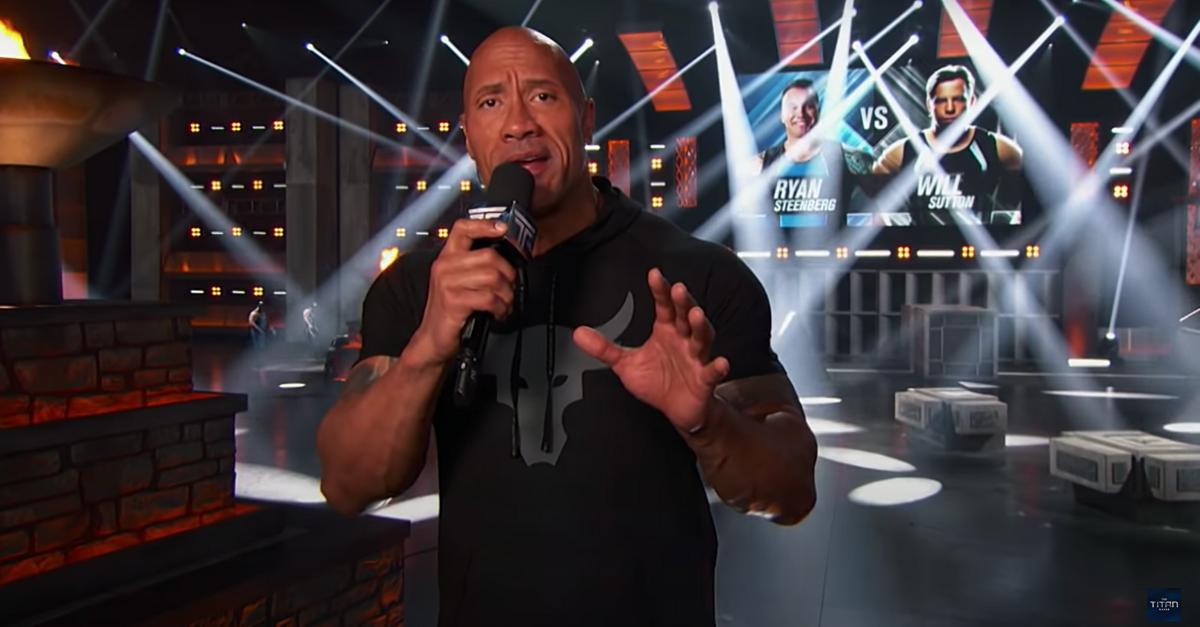 Don’t let the coronavirus pandemic and COVID-19 virus fool you. Sporting competitions are alive and well, and honestly, no summer tournament compares to the mental and physical trials created by Dwayne “The Rock” Johnson in “The Titan Games.”

For reference, consider NBC’s athletic competition series like a modern day version of “American Gladiators.” After the success of Season One, which premiered on January 3, 2019, Season Two returned with a brand new regional bracket style that’s become must-see television throughout the summer.

What Are The Titan Games?

Let's bring that Mana mentality to the Arena! The #TitanGames is all-new TONIGHT 8/7c on @nbc! pic.twitter.com/dxVdh8gzQq

“The Titan Games” are a series of mental and physical challenges that require the very best in all of us. Contestants are everyday people ranging from teachers to professional opera singers to nurses to homeschool mothers who hail from all corners of the United States. Season Two of “The Titan Games” took on a new look, with male and female competitors from three regions ? East, Central and West ? battling it out for a chance at the $100,000 grand prize.

“During regional competition, we will see two contenders of each gender battle in a best-of-three competition on epic new and fan-favorite obstacles. They are fighting for the chance to compete on Mount Olympus, Johnson’s all-encompassing final obstacle that tests strength, speed, stamina and heart. In order to become a Titan, the competitors will need to defeat one of Johnson’s professional Titans and then maintain that position on top of Mount Olympus.”

The reigning Titan stays on, challenging the following week’s winner on Mount Olympus for the right to advance. Anyone who loses on Mount Olympus gets the opportunity to challenge for title of Titan in the Regional Finals.

Only one thing stands in their way: A professional athlete handpicked by Dwayne Johnson serves as a professional Titan also competing for a shot at the $100,000 prize. (If any of these competitors win, the money is donated to charity.)

Three regional champions in the men’s and women’s competitions advance to the show’s Finals.

After serving in the Armed Forces, #MichelleLewis knew she had to just keep getting stronger! pic.twitter.com/wA1m4g7RxZ

RELATED: The Cris Collinsworth Slide-In Belongs in the Hall of Fame

Throughout the second season, fans of the show witnessed incredible feats of strength and skill, heart-warming stories, and even a little heartbreak. In the heart of the East Region qualifiers, the July 20 episode showcased just how quickly “The Titan Games” can swallow up a worthy competitor.

After taking down Andrew Hanus in two of three events, including the fabled Herculean Pull, Ryan Steenberg advanced to challenge reigning Titan Will Sutton, who defeated Tyron Woodley his first time up Mount Olympus in the East Region premiere.

Tragedy struck early, and Steenberg was unable to finish.

In the women’s division, Titan Haley Johnson, who knocked off Hannah Teter the week before, remained undefeated in her Titan Games run, pulling away from Dasha Kuret to retain her crown for one more week.

When Are The Titan Games On?

Let's see what our Titans from the East are made of! The #TitanGames begins NOW on @nbc! pic.twitter.com/esPxIhZpQG

NBC’s hit TV show airs on Monday nights at 8 p.m. EST. This season of “The Titan Games” concludes with the Finals on August 10, 2020. You can be sure that I’ll be tuning in to see who is crowned champion.

Noah Palicia and Margaux Alvarez captured the West Region crowns, while Matt Chan and Dani Speegle advanced through the Central Region to reach the Finals.

MORE: The End of an Era: The Legendary Bob Costas Leaves NBC Sports