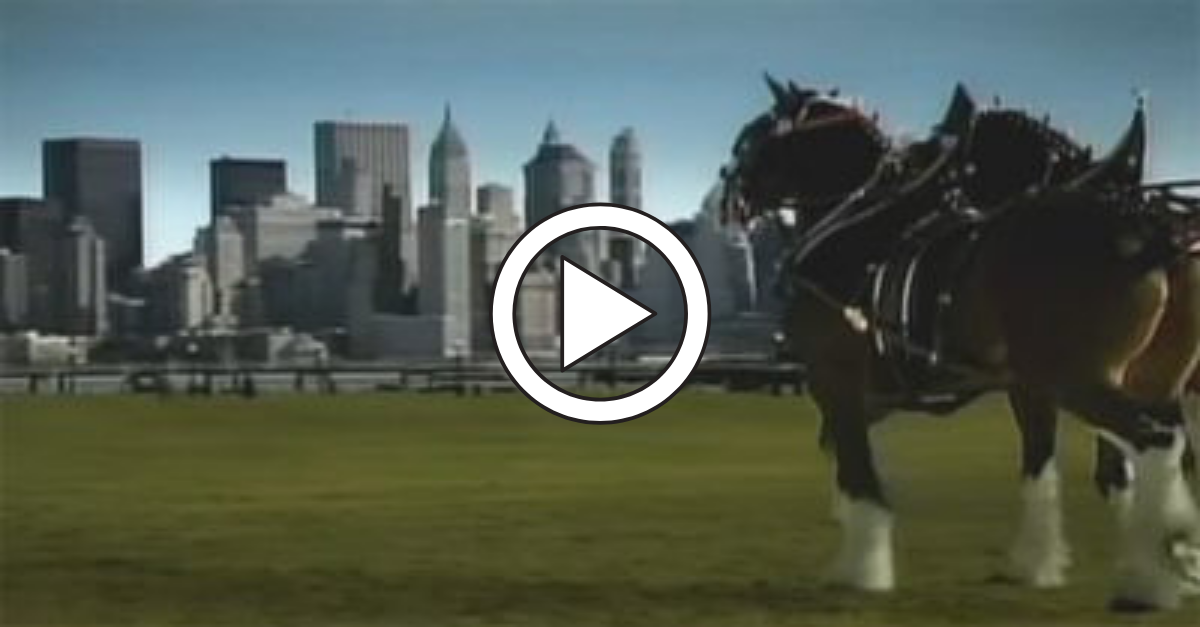 When Anheuser-Busch decided they wanted to air a 9/11 tribute commercial in New York, they knew it wouldn’t be easy.

The beer company had to get approval from several people, including members of Congress and then-New York City mayor Rudy Giuliani. It had to work out the logistics of getting Budweiser’s iconic Clydesdale horses to walk across the Brooklyn Bridge and into Battery Park.

But they pulled it off and the result is one of the most touching commercials ever made. It only aired once, in 2011, so Budweiser wouldn’t financially profit off of the tragedy. A previous version of the commercial features snow on the ground and also aired once, during the 2002 Super Bowl.

This article was originally published on September 11, 2004.

READ MORE: The 9/11 Firefighter Whose Name You Need to Know