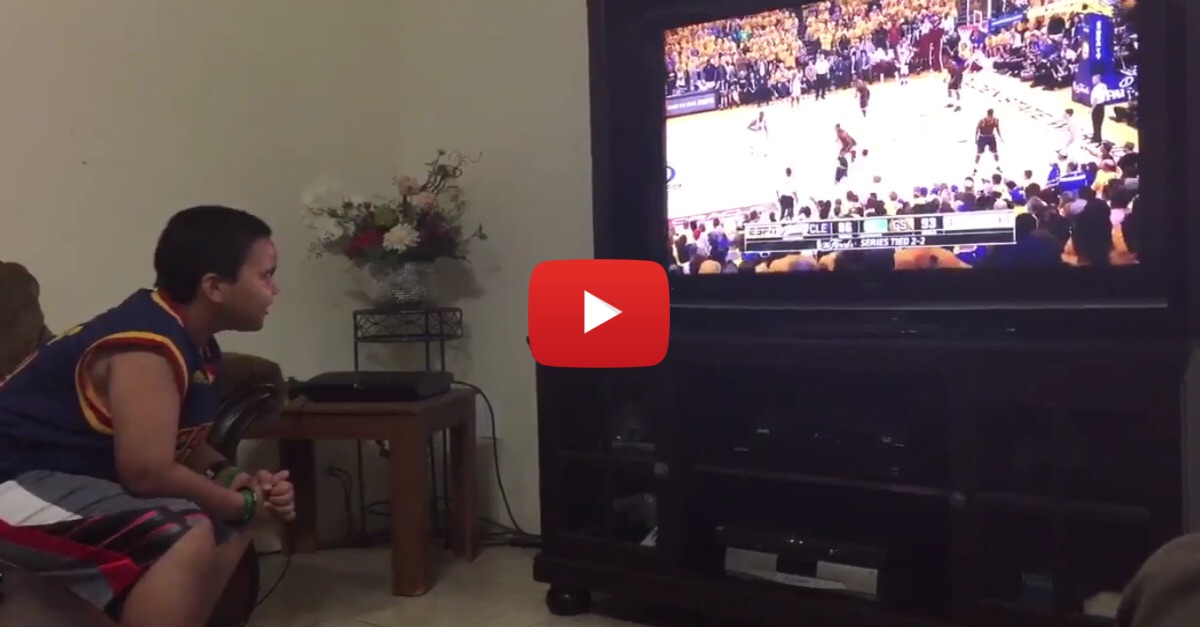 With LeBron James’ return to Cleveland Cavaliers, some fans hopped back on the bandwagon after a few years of misery.

Sunday night, James and the Cavs lost to Golden State Warriors in Game 5 of the NBA Finals and this fan had the most hilarious response to a late bucket by the eventual champs.