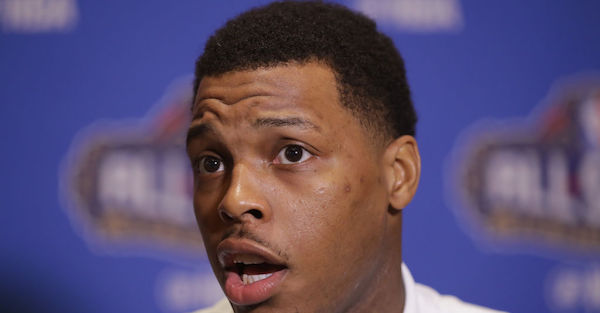 Kyle Lowry will be one of the most sought after players in the 2017 NBA free agency class, and he has already taken a meeting with the Toronto Raptors.

Lowry has been a member of the Raptors since 2012, and he is opting out of the final year of a 4-year, $48 million deal with the franchise. He will officially become a free agent on July 1.

Kyle Lowry is projected to be one of the most coveted free agents on this summer's market. https://t.co/dWOotfetCd

Lowry met with Raptors coach Dwane Casey and teammates DeMar DeRozan and Norman Powell in the Bay Area this week, according to ESPN.

Lowry is expected to receive a massive increase in pay this offseason. The Raptors are the favorites to re-sign him, but he will have plenty of suitors including the San Antonio Spurs and the Philadelphia 76ers.

Lowry has made the All-Star Game in the last three seasons, and he was a member of Team USA in the 2016 Olympics.