If Chris Bosh is cleared to play, one team is reportedly willing to take a chance on him 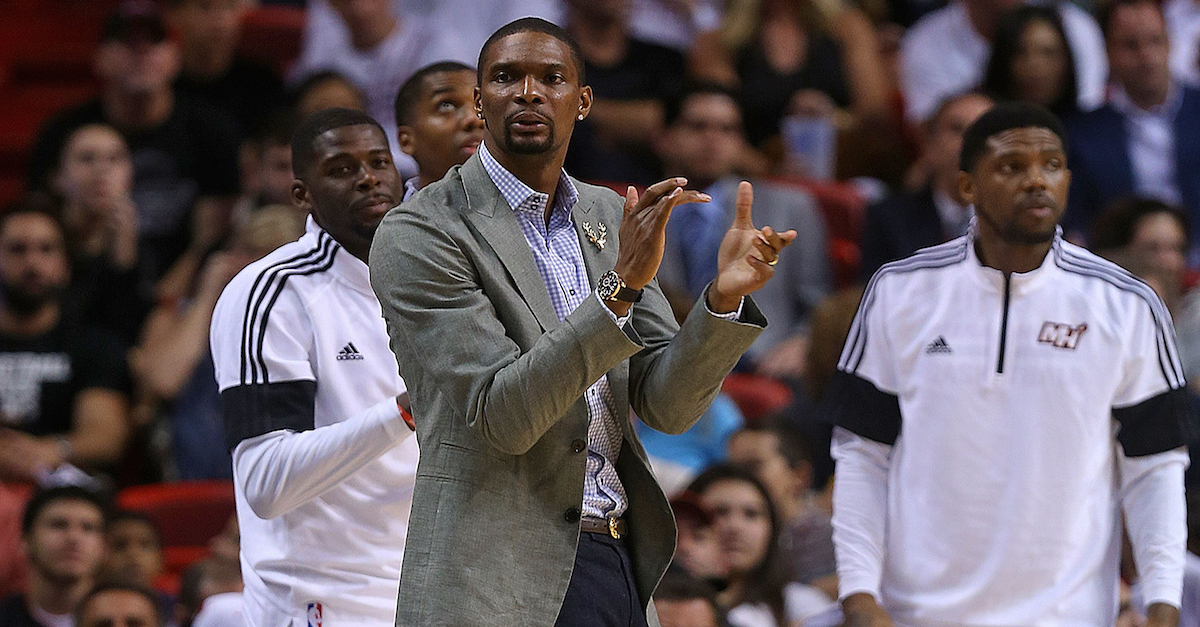 While it’s unclear if Chris Bosh will ever be cleared medically to play basketball again due to blood clots, the Chicago Bulls would be interested in his services if he became available.

According to ESPN’s Marc Stein, most teams don’t expect Bosh to be waived before March 1, so he wouldn’t be able to join any playoff roster this year. But if he is cleared and the Miami Heat waive him, the Bulls would be interested in bringing him in next season. Bosh, 33, hasn’t played since Feb. 9, 2016.

The Heat can waive Bosh after Feb. 9 of this year. His addition would help the Bulls’ front court, but it’s still unlikely if Bosh will ever be able to play again. The Heat are going to be a lottery team this year, and they also might be looking to trade guard Goran Dragic this season.