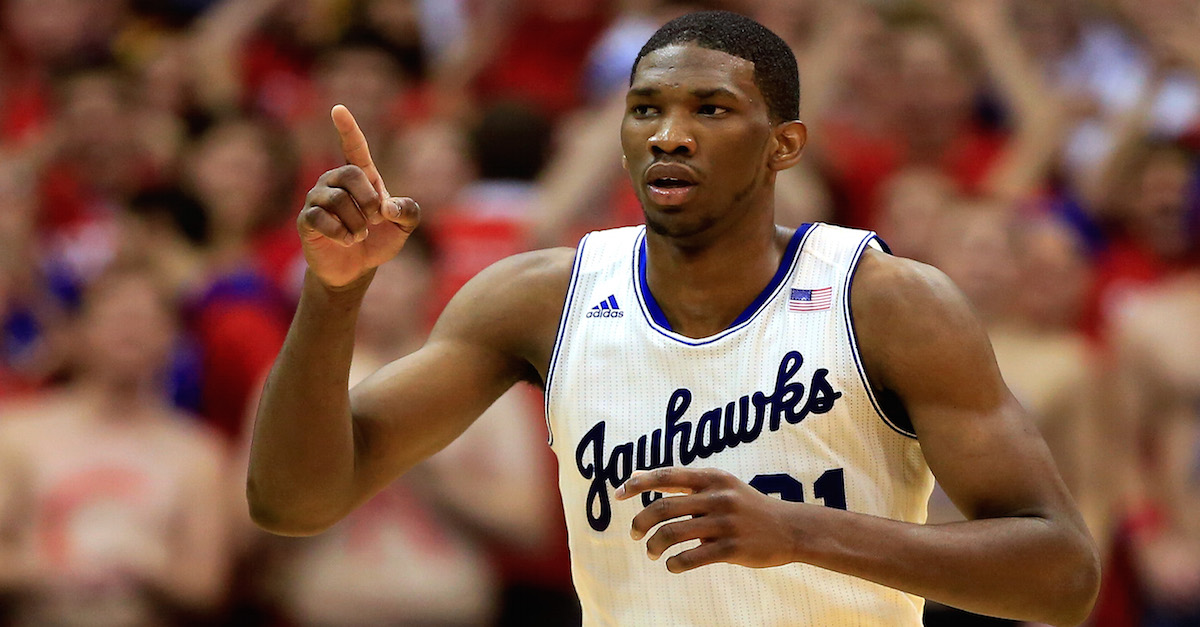 The No. 3 overall selection in the 2014 NBA Draft has yet to see the floor as he recovers surgery to fix a stress fracture in his right foot.

As the weeks have turned into months, though, issues with Embiid have reportedly surfaced.

“Embiid has a weight issue. Although the Sixers wouldn’t disclose his weight, a source said he’s close to 300 pounds after being 250 pounds at Kansas last season.

His work ethic is being questioned by some inside the organization.

And a blowup with assistant strength and conditioning coach James Davis is one of the reasons he was sent home during the team’s recent West Coast road trip.

An altercation with Davis during the West Coast trip, coupled with Brown’s wanting him to be in “more of a structured, stable environment,” pushed the Sixers to send him home, the sources said.”

Combine Embiid’s age (20) and a recent traumatic family experience (his brother was killed in a car accident), and you can see where the kid is struggling.

Here’s to hoping Embiid can pull it together and find health and happiness moving forward.