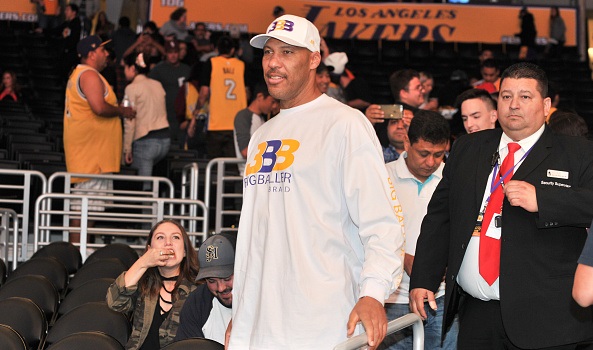 The Los Angeles Lakers have reportedly started to enforce an existing rule that prevents members of the media from conducting interviews with friends and family of players following games, according to Chris Haynes of ESPN.

Friends, family and agents wait for players at the conclusion of games in a designated area and the Lakers are now forbidding members of the media from interviewing those guests in that area and in a tunnel of the arena. Many employees in the arena have called this the “LaVar Ball rule” due to the fact that he is often the subject of post-game interviews.

According to the report, rival executives have determined it is important to prevent LaVar Ball from having a platform in which he has been critical of the team. LaVar Ball, the father of Lakers rookie Lonzo Ball, has called out the team’s coaching staff in the past for a variety of things. Last month, Lakers head coach Luke Walton said he isn’t concerned with what LaVar Ball thinks after he said he can coach his son better than the Lakers can.

It’s clear at this point that the team is trying to limit LaVar Ball’s access to the media and to avoid any potential distraction he may cause. He has made a name for himself after his outlandish comments and is often a talking point among NBA players throughout the league.