After getting punched out by teammate, NBA forward may get his wish to get out of town 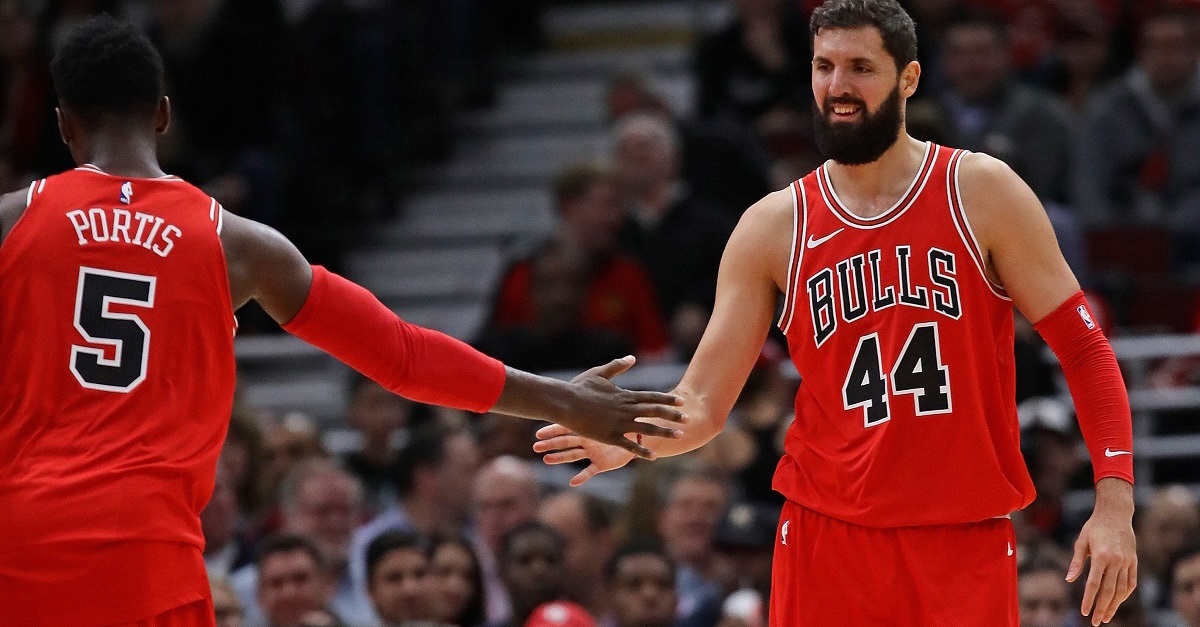 Jonathan Daniel/Getty Images
CHICAGO, IL - DECEMBER 18: Nikola Mirotic #44 and Bobby Portis #5 of the Chicago Bulls congratulate each other after a play against the Philadelphia 76ers at the United Center on December 18, 2017 in Chicago, Illinois. The Bulls defeated the 76ers 117-115. NOTE TO USER: User expressly acknowledges and agrees that, by downloading and or using this photograph, User is consenting to the terms and conditions of the Getty Images License Agreement. (Photo by Jonathan Daniel/Getty Images)

The Chicago Bulls are reportedly still planning on trading forward Nikola Mirotic, according to Adrian Wojnarowski of ESPN.

Mirotic and teammate Bobby Portis were involved in an altercation during a practice just two days before the start of the regular season. The altercation sent Mirotic to the hospital after it was reported that he suffered a facial fracture and a concussion. Mirotic requested a trade from the Bulls following the altercation and even told the team that he’d be willing to waive his no-trade clause in order to facilitate a trade.

While Mirotic requested a trade from the team, he has been a key player in helping the Bulls rebound from a disastrous start to the season. Mirotic and Portis appeared to have put the incident behind them as the two players have been able to get along with each other on the court, but the Bulls are still reportedly planning on trading the 6-foot-10 forward.

The Bulls are still planning to trade forward Nikola Mirotic, which can’t happen until Jan. 15 or without his permission, based on his contract. Mirotic has been intrigued with the Utah Jazz, whose coach, Quin Snyder, has a reputation of maximizing offensive talent.

Mirotic is averaging a career-high 17.4 points and seven rebounds in 17 games this season for the Bulls while shooting 46.5 percent from three-point range. The Bulls were just 3-20 when Mirotic debuted this season, but have gone 11-6 with Mirotic in the lineup.

It appeared as though Mirotic and the team would be able to move forward past the incident, but it now looks like Mirotic’s time in Chicago could be ending sooner than later.