After getting punched out by teammate, NBA forward now reportedly wants out of town 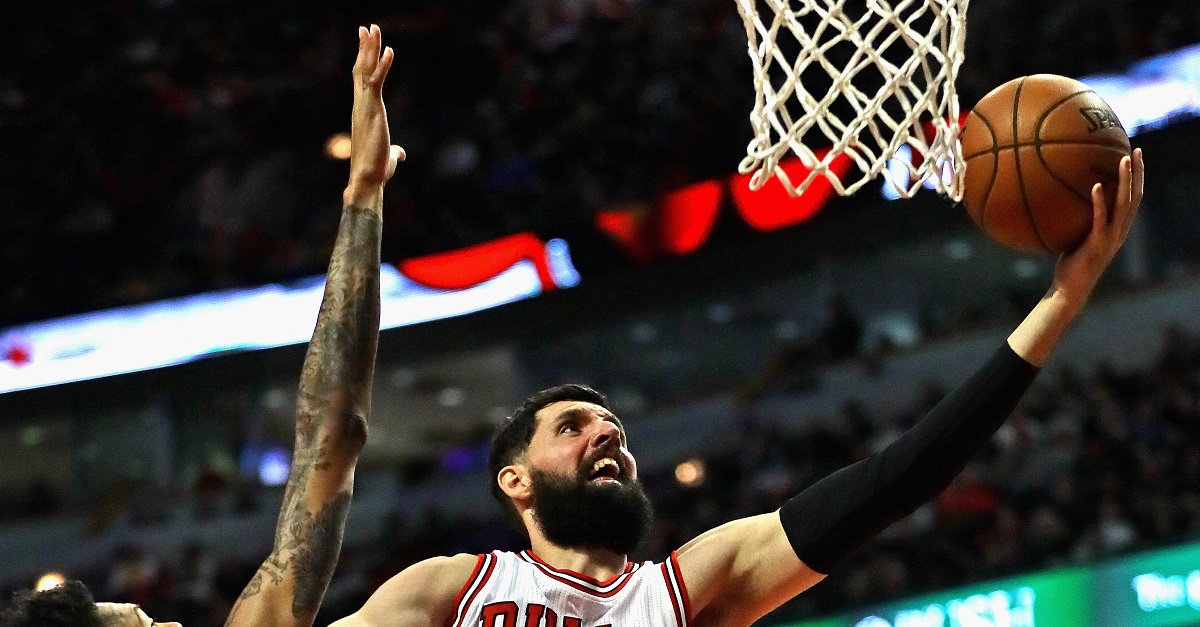 Chicago Bulls forward Nikola Mirotic reportedly prefers to be traded from the team following an altercation with teammate Bobby Portis, according to Vincent Goodwill of NBC Sports Chicago.

The incident reportedly occurred just a few days prior to the start of the season after Portis punched Mirotic in the face during practice. Mirotic suffered facial fractures and a concussion as a result of the altercation and it is still unclear at this time if Mirotic will require surgery to repair the broken bones in his face. Portis apologized publicly for the incident and was suspended eight games by the Bulls.

Unfortunately for both parties involved, the Bulls won’t be able to trade Mirotic until January 18 because he signed a two-year contract this offseason with the team as a free agent. While things for the Bulls haven’t gone well off the court, the team’s performance on the court this season hasn’t been much better. The team is 1-3 through their first four games and rank 29th in offense and 23rd in team defense.

The Bulls will need to act quickly to have this situation resolved as quickly as possible before the season gets out of hand even worse.