The No. 2 SEC team in men's basketball, Texas A&M, had Aggies jumping from their seats during Wednesday's game against the Florida Gators as they pulled out a 54-52 win.  A&M's win makes it 13-5 overall as they increase their win streak to seven games. For the first time since the 2015-16 campaign, A&M has gone 5-0 against SEC teams, according to The Battalion.

Head coach Buzz Williams' team is one of only three in the SEC to remain undefeated so far this season -- the other two being Tennessee and, of course, Alabama. Reed Arena in College Station was filled with more than 12,000 students from A&M as the fans performed a "white out" in support of their team.

Texas A&M's Recipe for Success Lives in Their Starting Five 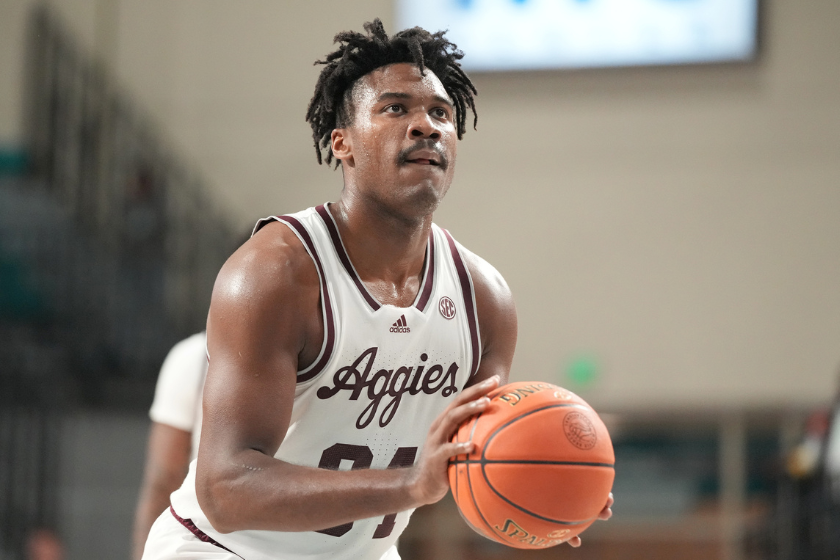 The starting lineup of junior forward Julius Marble, junior forward Henry Coleman III, graduate guard Dexter Dennis, sophomore guard Wade Taylor and senior guard Tyrece Radford has proved a force to be reckoned with and the keystone to Williams' success this season. In nine games with these five starting on the floor, Texas A&M has gone 8-1, proving coach Williams recipe for success is correct.

Still, three quick fouls Wednesday from Coleman had him benched just as the team was picking up momentum.

The beginning of the second half had the Gators gaining on the Aggies, bringing them neck and neck for the remainder of the game. However, the Florida team's rocky first half and its inability to capitalize on numerous opportunities led to the team's downfall.

"I thought we were good as we could possibly be defensively," Williams said, according to USAToday.  However, Williams did point out the Aggies weaker statline. "We fouled too much."

Dennis scored 4 points in the first half of the game before coming back in the second half to rack up 7 more points on the board for the Fightin' Texas Aggies and totaled 16 rebounds. The last A&M player to achieve 16 rebounds was Savion Flagg in 2018 against Savannah State, according to The Battalion.

"It's otherworldly ... ," Williams said, according to USAToday. "The effort that he's playing with on things that are not statted, I don't know if I have seen that in my 500 games as a head coach."

The game came down to the last 2.5 seconds as the Gators gained possession of the ball on their side of the court. Florida's inbound pass leading up to the last-second attempt for a win had the crowd holding its breath, but as the buzzer went off and the shot fell short, the stadium erupted. The 12,126 Aggie fans' energy was a spirit that "can ne'er be told."