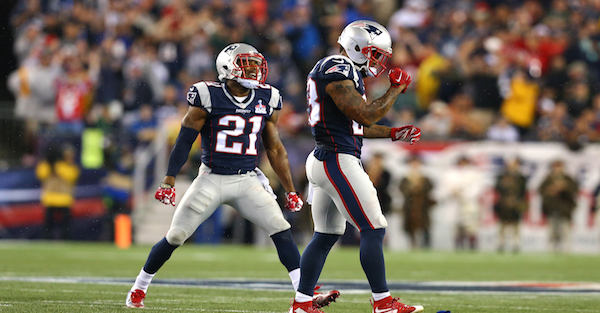 The New England Patriots may have won just the Super Bowl, but Bill Belichick and company have been aggressive during the first few days of free agency. The team has already traded for New Orleans Saints star wideout Brandin Cooks and Carolina Panthers defender Kony Ealy.

And they may not be done mixing and matching in Foxboro.

Super Bowl hero Malcolm Butler’s future in New England has been cloudy for a while now, with the signing of former Buffalo Bill Stephon Gilmore to a big deal only adding more questions about Butler’s future with the team.

Outside of Jimmy Garoppolo, Butler may be the most-intriguing trade chip the Patriots have right now, so it comes as no surprise more teams are reportedly trying to trade for the cornerback.

According to Eric Edholm of Yahoo! Sports, the Houston Texans are the latest team to jump into the Malcolm Butler Sweepstakes:

This would be a steep price for the Texans to pay, but Texans’ head coach Bill O’Brien knows Belichick well and faced Butler in the AFC Divisional Round of the NFL Playoffs this year.

After losing A.J. Bouye — a rising star for the Texans stingy defense — to Jacksonville early in free agency, the Texans searching for his replacement isn’t surprising.

The Patriots currently don’t have a first- or second-round pick in the 2017 NFL Draft.