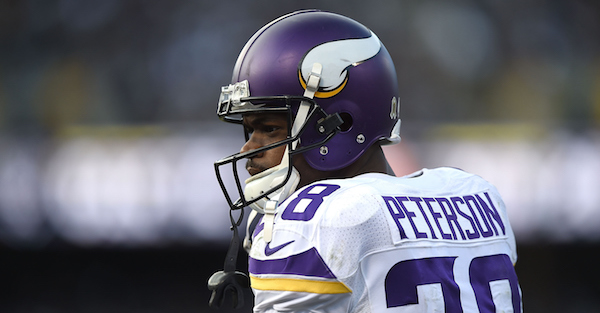 Adrian Peterson is one of the more intriguing free agents this offseason as he’s on the wrong side of 30 and is coming off surgery for a torn meniscus this past season, but has proven that he can return from injury very well and still be a potent rusher. He did exactly that eight months after tearing an ACL and won the league’s MVP award as well in 2012.

However, his off-field issues might be playing a role in why no one has signed him yet either. He was suspended in 2014 for child abuse charges and that has left a bad taste in team’s mouths since. However, there were rumors that Peterson could be interested in signing with the New England Patriots, but he is reportedly taking a visit to another team that recently saw Super Bowl action.

NFL reporter Jason La Canfora is reporting that Peterson will visit with the Seattle Seahawks along with a few other running backs.

So Adrian Peterson scheduled to visit the Seahawks in the coming days, along with L. Murray and J. Charles. Taking their time w/RB market

The Seahawks were near the bottom of the league during the regular season in rushing the ball for only 99.4 yards per game. Thomas Rawls and Alex Collins just didn’t cut it so the Seahawks looking for another running back makes complete sense and especially so if they can get one for cheap.