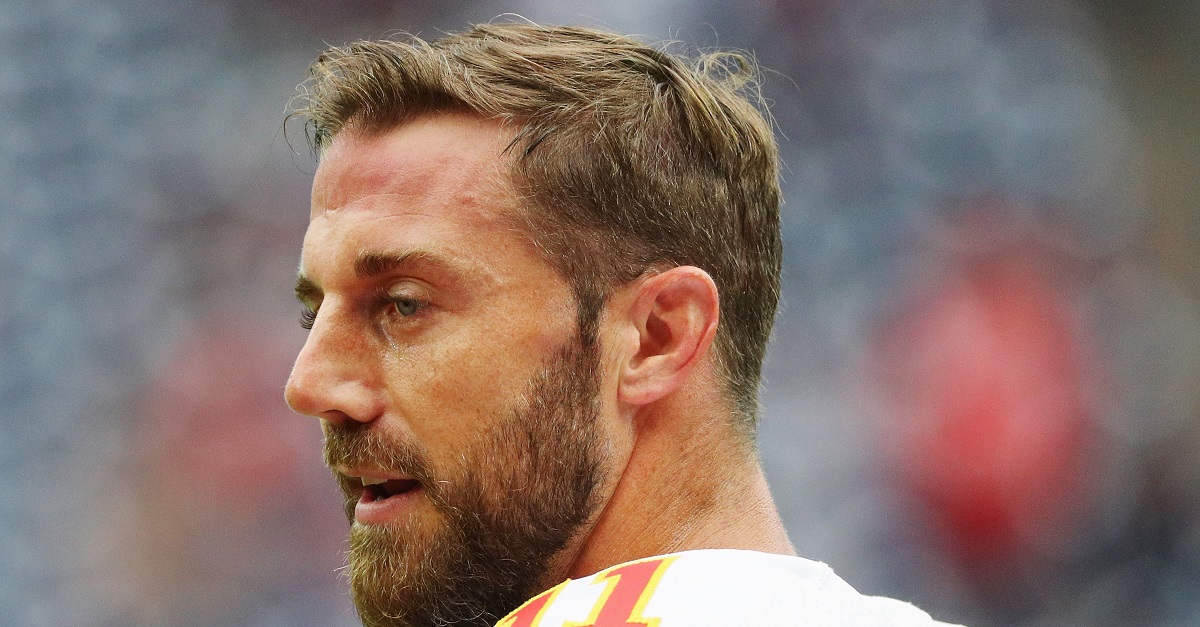 Alex Smith is now with the Washington Redskins, a trade which seemingly came out of the blue with the Chiefs trading Smith away for a third-round pick and cornerback Kendall Fuller.

It was a move that allowed Kansas City to free up the starting quarterback position for Patrick Mahomes and for Washington, it made letting Kirk Cousins go as a free agent that much easier.

With that said, according to Benjamin Allbright, the deal of Smith to Washington almost never went down. The reason? Per Allbright, Smith actually chose the Redskins, but there were two other franchises that he was considering as well:

On @Browns_Daily right now @AllbrightNFL said that “Alex Smith chose Washington due to the long term deal that the Skins were offering.” Added Browns offered multiple picks but wanted him for short term deal and Denver offered a 2nd and Aqib Talib!

Obviously, Kansas City had the final say in any trades, but it does sound like the Chiefs had enough respect for Smith to allow him to play a role in where he would ultimately end up.

Aquib Talib on the Chiefs would have been a great fit, but Denver trading a top defensive player to an in-division rival seems a bit crazy. The Redskins gave up a top defensive player themselves, of course, and the Browns were willing to unload draft picks for a stop-gap, but ultimately it seems like the long-term deal and stability Washington was offering Smith ended up being a deciding factor in this big-time trade.