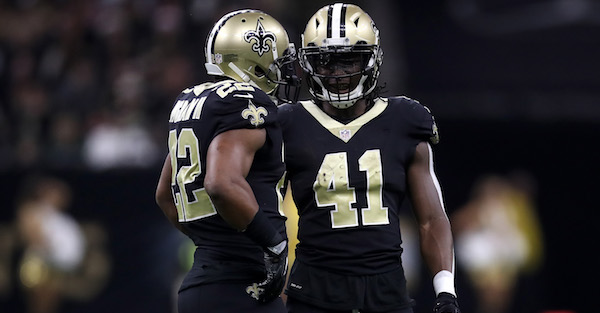 NFL Rookie of the Year winner Alvin Kamara added to his past criticism of how he was misused during his two seasons at the University of Tennessee while appearing on Bleacher Report’s “The Simms and Lefkoe Podcast” Thursday,.

Simms chronicled Kamara’s journey to a stellar first season with the New Orleans Saints, which included the Pro Bowler serving as the Vols’ No. 2 back during the majority of his time in Knoxville.

Simms: This is where I?m fascinated. Mr. Georgia, go to Alabama, leave Alabama, go to junior college, then go to Tennessee, I don?t know what they were smoking down there, they don?t give you enough carries?

Kamara: They were on some other s?.

Simms: Yeah, some other s?.

Last month, Kamara reflected on his time with the Vols and his lack of playing time as ?F?ed up? in a feature story by Sports Illustrated.

Clearly, the Saints figured out a way to utilize Kamara?s abilities much better than Butch Jones and his staff at Tennessee ever could.

Former #Tennessee RB Alvin Kamara has been named NFL Rookie of the Year.

Kamara also helped lead the Saints — who finished third in the division during the previous season — to a first-place finish in the NFC South in 2017.

It’s safe to say that the running back has every right to be critical of how he was used in hindsight.