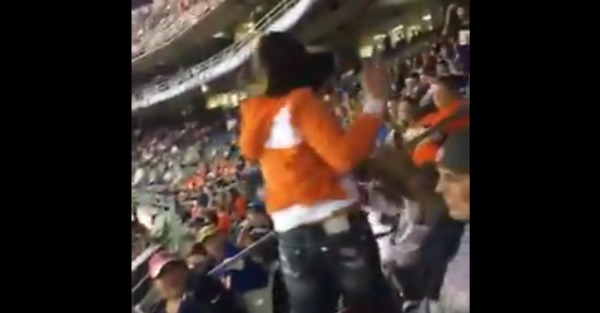 Nothing says division rivalry like a couple of women tussling in the upper decks.

And one of them nearly gets tossed into the seats well below. It happened during Thursday night’s matchup between The Denver Broncos and the San Diego Chargers when a Broncos fan attempted to throw a haymaker of a slap at the Chargers fan, but missed. Her momentum ended up sending her tumbling frighteningly down the stairs towards certain injury, or maybe even worse as she got close to the guardrail.

Fortunately the railing stopped her progress and the video cut off as she approached the Chargers fan again.