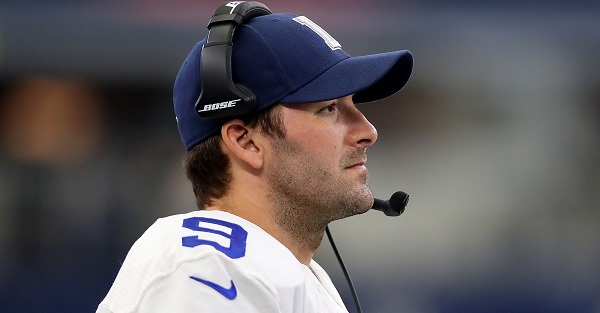 The Denver Broncos claimed a Super Bowl title with Peyton Manning at the quarterback position and, now, one of the worst-kept secrets in the NFL is that John Elway would like to replicate that level of success with Tony Romo. Romo, who is still employed by the Dallas Cowboys, is a very obvious candidate to be at the helm of a veteran-laden Broncos team but, even with that said, the Broncos aren’t fully limiting themselves to a Romo-only pursuit.

Unlike free agent pursuit of Manning, #Broncos will have plan B if don't land Romo. Again depends on Romo contract, desire to be in Denver pic.twitter.com/xu2dMn5X0e

Troy Renck of ABC 7 in Denver brings word that the Broncos could look elsewhere if the Romo dynamic doesn’t come together in full. This is something that seems painfully obvious but it could also present a myriad of options for Elway and his staff.

RELATED: Tony Romo, Jerry Jones may already have an interesting agreement in place

First, the Broncos could look internally and go with either Trevor Siemian (who helped to lead Denver to a 9-7 record this season) or Paxton Lynch. Lynch was the “quarterback of the future” when the Broncos invested a coveted draft pick in his services but, in the same breath, he is extremely raw and might not be fit to lead a playoff-bound team in 2017.

As for non-roster options, Denver could conceivably look in the direction of a player like Tyrod Taylor. Taylor would be an upgrade on Siemian in the short term and he is also young enough to the point where it would not be a pure rental.

Tony Romo is the big prize and the fit makes sense on a number of levels. This time, though, Elway isn’t closing his mind around one option.