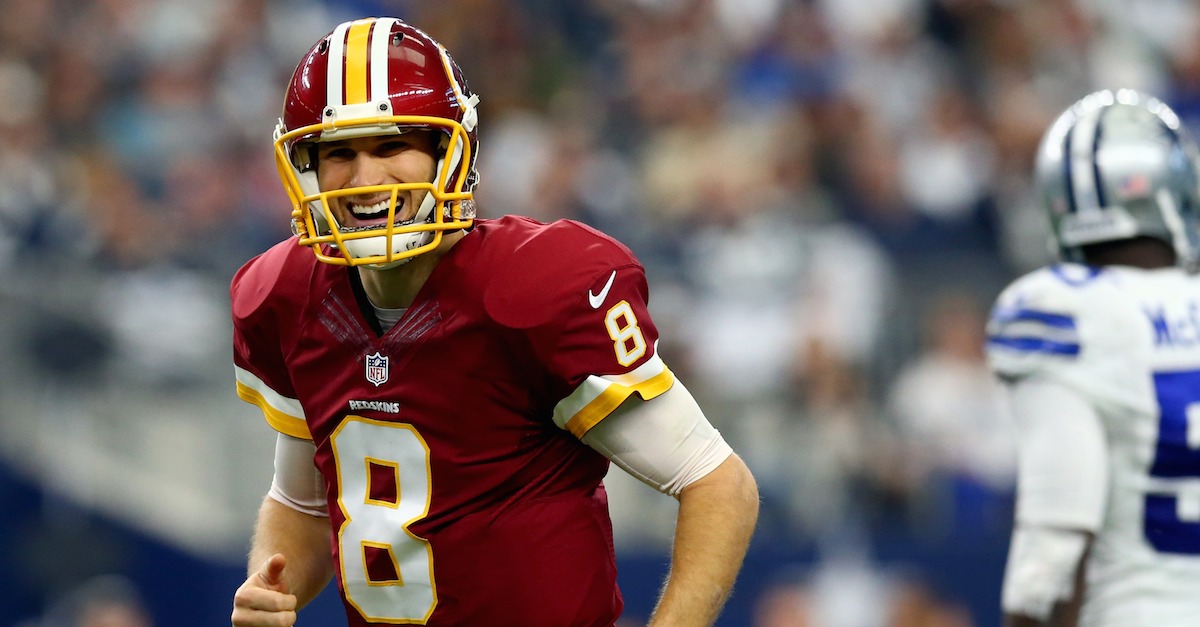 Colin Cowherd isn’t a sports reporter. He’s a talking head. He’s paid to give his opinions and often-times his hot takes.

That doesn’t mean he isn’t entertaining at times, but as far as his chops as a newsbreaker in the sports world, they simply don’t exist.

Perhaps he thinks they exist, but they don’t.

With that in mind, take his “report” on Kirk Cousins reportedly nearing close to a deal with the Denver Broncos with a huge grain of salt.

Again, this is Colin Cowherd, radio personality, dropping this report, and as 247Sports pointed out, there aren’t any other reporters — locally in Denver or nationally — who are saying the same thing.

Either Cowherd really knows something that everybody else doesn’t, which seems unlikely, or he’s blowing smoke. That seems most likely.

Just talked to a @broncos exec. Told him, there's a rumor that the team is "close to a deal with Kirk Cousins." Exec's response: "If that's the case, it's news to us." Doesn't mean they're not going after him. Just means the rumor, right now, is just a rumor. #broncos

For what it’s worth, Cousins would make sense for Denver considering the Broncos’ desperate need for a quarterback and the fact that the Redskins got Alex Smith in a trade. However, in the here and now, this is all hearsay from a talking head.