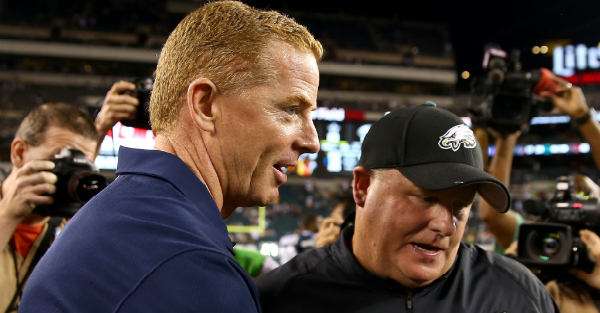 With the NFL Draft just a few weeks away, running back Ezekiel Elliott is flying up draft boards.

The game-changing Ohio State product could land as early as No. 8 with the Philadelphia Eagles. And if that happens, reports from Walter Football indicate the Dallas Cowboys and San Francisco 49ers showing interest in trading for former first-round pick Ryan Mathews.

While it would be assumed Mathews would be available on the trade market with Elliott ready and willing to stand in as a every-down back, the report notes there’s skepticism that the Eagles would trade with a division-rival (Cowboys) or to the team’s former head coach (Chip Kelly with the 49ers).

With Carlos Hyde in San Francisco and Alfred Morris in Dallas, Mathews would present a change-of-pace back in either scenario.