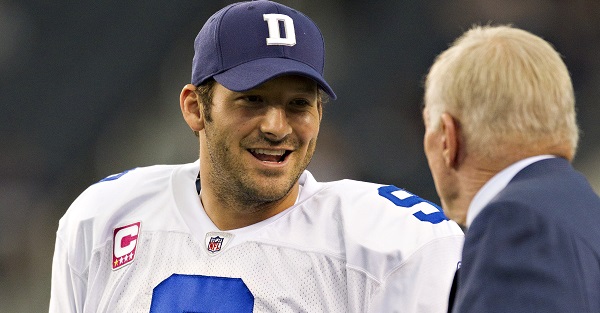 The two teams most likely to acquire Tony Romo prior to next season are the Denver Broncos and Houston Texans, and the Broncos level of interest in Romo is dependent on one thing: Paxton Lynch.

Related: Tony Romo reportedly becoming a ?necessity? for one team trying to land him

Broncos insider Mike Klis said the Broncos will see if Lynch makes improvements during offseason practices before they pursue Romo.

“A big factor in all of this is Lynch,” Klis wrote. The longer Romo remains a Cowboy, the longer the Broncos have to evaluate Lynch during offseason practices. If Lynch shows dramatic improvement early in year two, the Broncos are more likely to stick with their Siemian-Lynch duo.

If the Broncos? brain trust decide Lynch still isn?t ready to run the team, then Elway might be willing to wait out Cowboys? owner Jerry Jones until training camp.

The Broncos selected Lynch with the No. 26 overall pick in the first round of the 2016 NFL Draft, and Lynch made two starts for the team last season. He threw for 497 yards, two touchdowns, one interception and completed 59 percent of his passes as a rookie.

Klis thinks the Broncos “will be in” on the Romo sweepstakes if he’s released, but the longer he remains with the Cowboys, the tougher it will be on John Elway and the Broncos.

Lynch said he feels “a lot more comfortable” to start his second season, but the Broncos will need to see tremendous strides if they choose him over pursuing Romo.