After making “permanent decision” at QB, one team could reportedly bench their starter 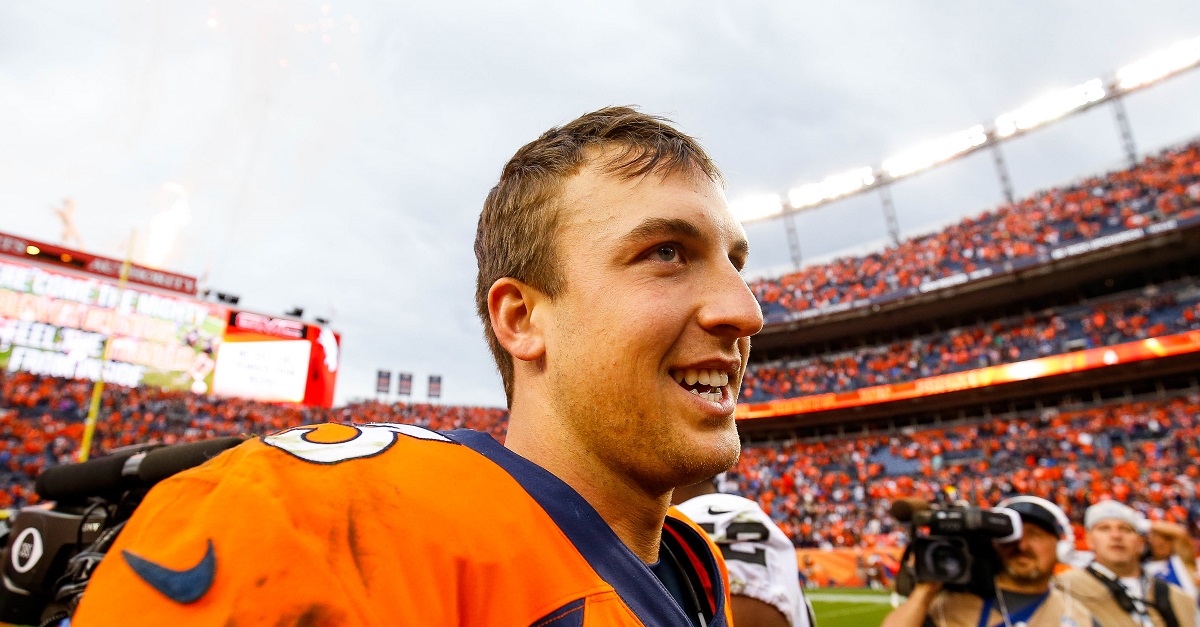 The Denver Broncos are an absolute mess at quarterback this season with Trevor Siemian, Paxton Lynch and Brock Osweiler as their options. They started out the season with Siemian as the starter and that was supposed to be a “permanent decision”, but it looks like it might only be temporary.

Not trade deadline, but… #Broncos are mulling a QB change & could hand the ball to Brock Osweiler. Paxton Lynch has only practiced 3 times.

The Broncos brought in Osweiler in the offseason to try and compete for the starting job, but he couldn’t beat out Siemian and now it looks like he will beat out him as well as former first round pick Paxton Lynch. Siemian has completed 61.5 percent of his passes for 1,669 yards to go with nine touchdowns, but also 10 interceptions. He’s also taken 25 sacks so far this year, which is six less than what he took in 14 games last season.

The team is 3-4 and desperately needs the offense to pick up the slack that the defense just can’t. They have the fourth-worst offense in the AFC having scored only 127 points and frankly, it’s a miracle they’ve only allowed 147 considering how often the defense is on the field.