The ailing Dolphins have reportedly reached out to a vet QB, and it’s not Colin Kaepernick 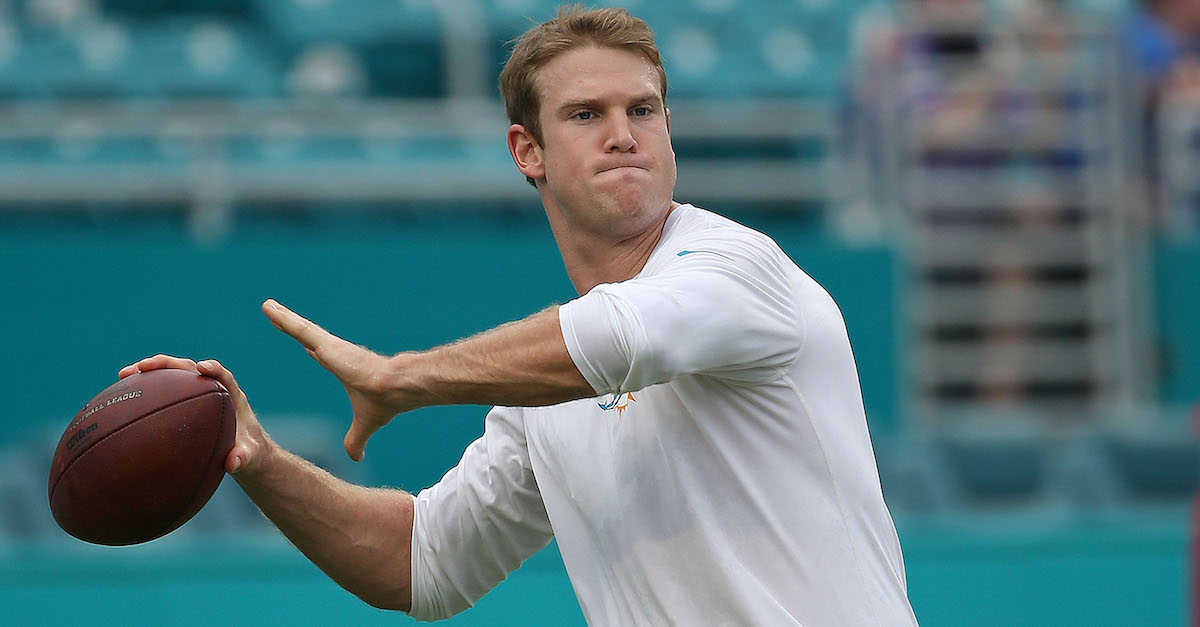 The Miami Dolphins are in a position to potentially compete during the 2017 NFL season, but with news that Ryan Tannehill could miss the entire season with a knee injury that optimism could fade in a hurry. With that said, the Dolphins aren’t prepared to go away quietly and Armando Salguero of the Miami Herald reports that Miami has already reached out to quarterback turned broadcaster Jay Cutler about their potentially vacant quarterback spot.

If Tannehill is unavailable, the Dolphins would be left with only Matt Moore as a legitimate option on the roster. That explains the potential interest in Cutler, but it is also interesting that Miami has not yet been linked to free agent quarterback Colin Kaepernick.