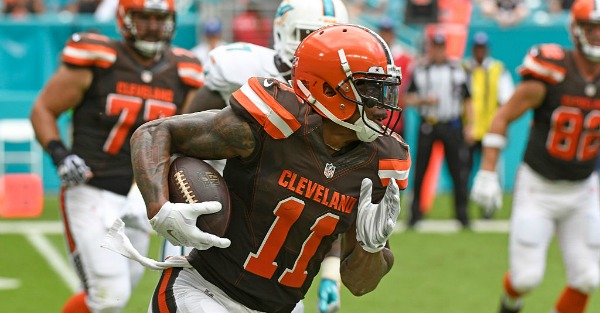 One of the most dynamic free agents in the NFL appears to be off the board.

WR Terrelle Pryor is signing a one-year deal with Washington , per sources.

After leaving Ohio State amid scandal, Pryor had trouble adopting to the NFL as a quarterback. Last year with the Browns, Pryor made the full transition to being a wide receiver, where he quickly emerged as a playmaker. Pryor caught 77 passes in 2016 for 1,007 yards and four touchdowns, making him one of the most productive receivers in the league.

Pryor had apparently expressed interest in staying with the Browns, but Cleveland chose not to retain him, allowing him to become a free agent.