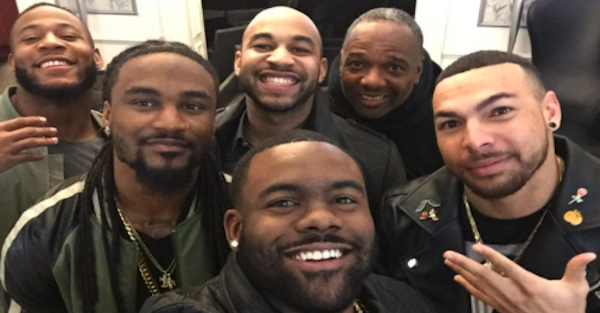 Mark Ingram, former Alabama and current New Orleans Saints running back, was reportedly denied entrance to a club in London because he and his NFL teammates were “too urban,” according to ESPN.

Despite the issues at Cirque le Soir, “London’s most A-list club,” Ingram explained he’s still excited to play in England next year when the Saints take on the Miami Dolphins.

Nonetheless we all can't wait to play out here @NFLUK next season!!! Gonna be crazy experience and I'm excited about it! I ❤️ England!

Everyone in England has been amazing so far!!! This was our first #TooUrban encounter entire trip! I ❤️ England! #TooUrban https://t.co/QbmMtkWcza

Hopefully someone fixed this situation because that is just ridiculous.