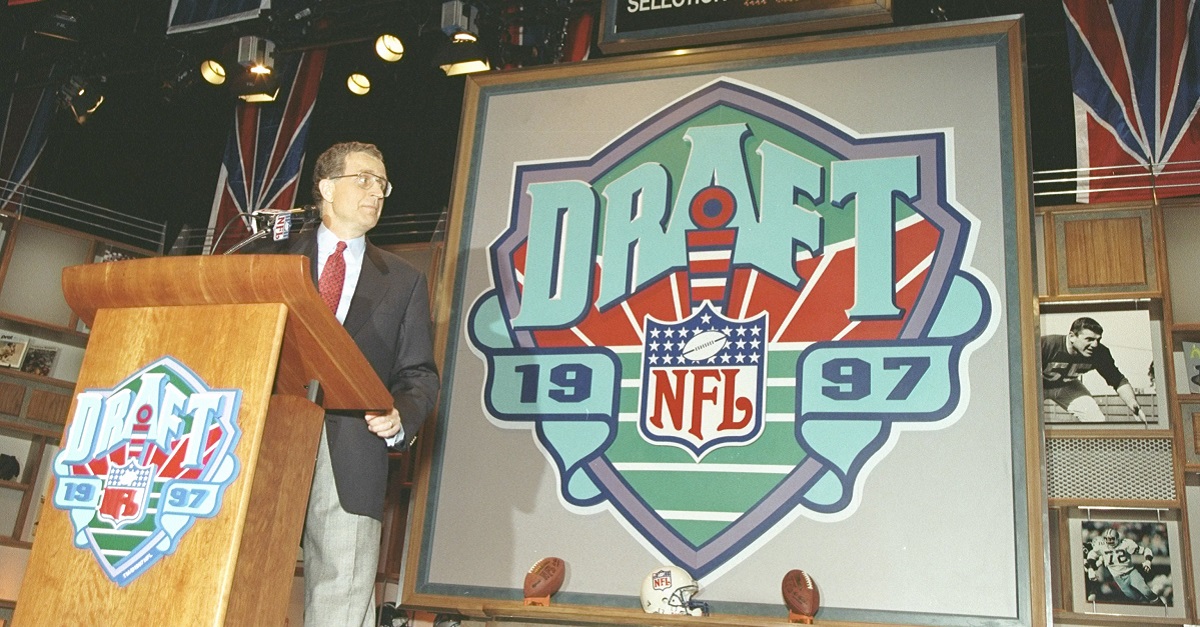 We were beginning to think that the once way over-hyped Robo quarterback Todd Marinovich would never be heard from again. We were wrong.

According to the Orange County Register, the former Los Angeles Raider was arrested after police say they found him naked in someone else’s backyard with a bag of marijuana. He was cited for trespassing, possession of a controlled substance, possession of drug paraphernalia and possession of marijuana, police said.

Officers responded to a call around 9 p.m. Friday about a naked man in an Irvine, Ca. neighborhood.

“The caller stated that there was a naked person on Venta Spur Trail,” said Irvine police Commander Mike Hallinan.

He added that the trail is a paved bike and walking path that runs between homes. Marinovich, 47, an Irvine resident, was in the backyard of one of the homes “carrying the items in a brown bag.”

Marinovich first caught the public’s attention as a high school quarterback at national power Mater Dei in the 1980’s. His father trained him with a military-style regimen which led to a California magazine cover article entitled: “ROBO QB: THE MAKING OF A PERFECT ATHLETE.” The article earned Marinovich national media exposure as well as the nickname Robo Quarterback. He went on to play at USC and ultimately became a Heisman Trophy candidate in 1990.

Marinovich’s fall from grace began soon after he was selected by the Los Angeles Raiders in the first round of the 1991 NFL Draft. After failing his third league drug test in 1993, he was suspended for the entire 1993 season and subsequently released by the Raiders.

He did two stints in the Canadian Football League, first with the Winnipeg Blue Bombers in 1993, and then with the BC Lions in 1999. Marinovich’s football days ended in 2000 when he was cut from the Los Angeles Avengers of the Arena Football League for possession of heroin.