Report: Jaguars may have a plan in place to move on from Blake Bortles despite AFC Championship appearance 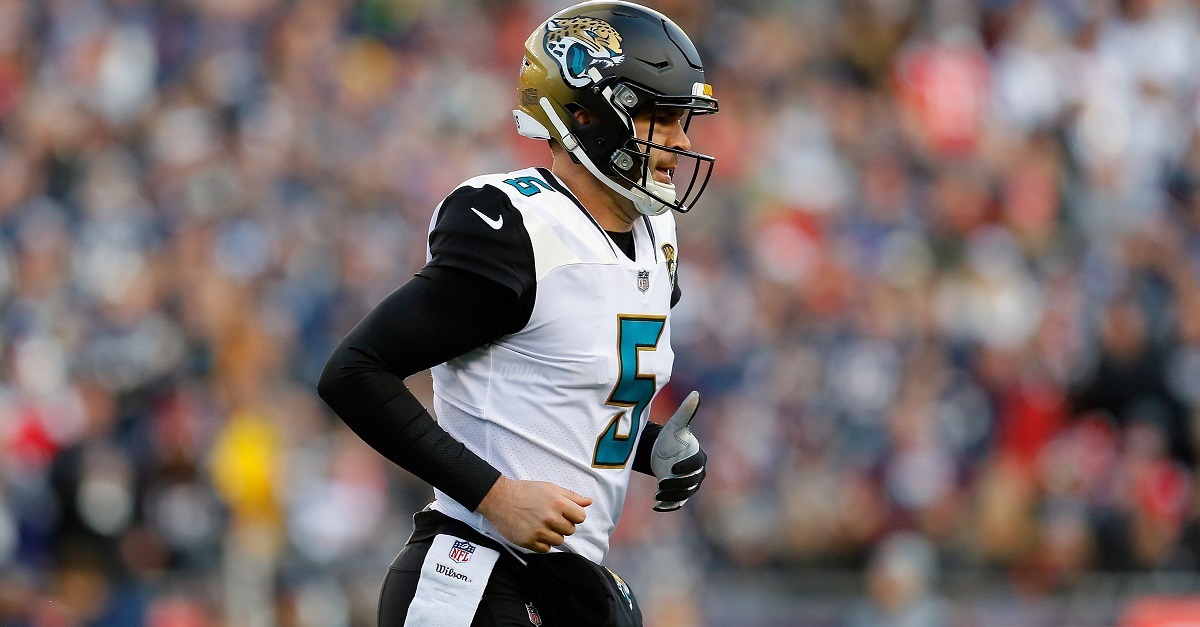 The Jacksonville Jaguars will reportedly move on from quarterback Blake Bortles if they can sign either Kirk Cousins or Alex Smith, according to Adam Schefter of ESPN.

@AdamSchefter just said on @stephenasmith’s radio show that if Jacksonville can land Kirk Cousins or Alex Smith, they’d move on from Blake Bortles. And he thinks they go after them. And the Jags are much more likely to move on from Blake than Minnesota is moving on from Keenum.

Bortles, the third overall pick in the 2014 draft, has a $19 million option for next season that becomes fully guaranteed if he is still on the roster in March. The Jaguars will not have to pay Bortles if they should cut him by the start of the league year in March.

Bortles has flashed signs of being a great quarterback at times and has looked inconsistent through other stretches. The team must decide if they want to continue with Bortles as their quarterback or if they want to essentially give up on their former No. 3 overall pick and move on to another option like Cousins or Smith. Many believe that if the Jaguars had more consistent play from the position that they would instantly become a title favorite given their stacked defense and young running back in Leonard Fournette.

Either option between Cousins and Smith figures to put the Jaguars in a better position moving forward as both have proven to be more consistent at quarterback. Cousins threw for 4,093 yards with 27 touchdowns and 13 interceptions this season while Smith threw for a career-high 4,042 yards and 26 touchdowns with only five picks. Both quarterbacks have proven to be more accurate throwers than Bortles as well.

It remains to be seen what the Jaguars will ultimately do, but we should know more by March when the team must decide on Bortles and his option for next season.