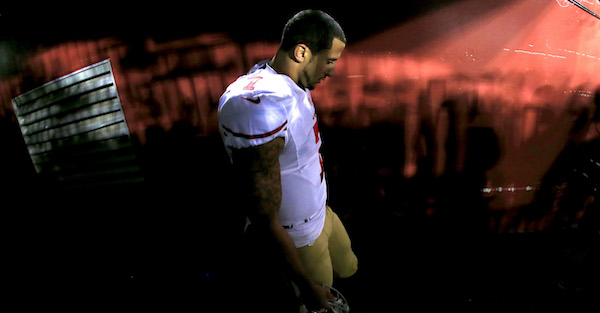 Jay-Z is one of the greatest rappers/performers of his time — and perhaps of all-time — so it’s huge news that he has reportedly passed up on performing on one of the biggest stages of all time: the Super Bowl.

Fox News is reporting that the rap mogul has turned down an appearance as the halftime headliner for Super Bowl LII. Interestingly enough, Fox’s sources are telling it that Jay-Z may have backed out to the NFL’s lack of interest in Colin Kaepernick. He’s reportedly also encouraging other black performers to do the same.

Fox passed on quotes from Jason Sole, who’s the NAACP president in Minneapolis. Sole seems happy with Jay-Z’s stance against the NFL.

?I?m not surprised by that at all and I?m actually glad that people are using their platform in this way,? Sole told Fox 9.

NFL spokesman Brian McCarthy also spoke on the matter, though rather predictably, he didn’t comment on Jay-Z or any other potential performers for the halftime show:

“No decisions have been made on the performer(s) and we are not going to speculate on particular artists,” Brian McCarthy, an NFL spokesperson, told Fox 9. “Along with Pepsi, we know that we will put on a spectacular show. When it is time to announce her name we will do it. Or his name. Or their names.”

If this report is to be believed, that’s a pretty big loss for the NFL. And for what it’s worth, there’s evidence that points to this being true. Recently performing in New York City, Jay-Z dedicated his song ?The Story of O.J.? to Kaepernick. Here’s what he said on stage, per the report:

As Fox pointed out, Jay-Z’s wife, Beyonce, perfromed at halftime for the Super Bowl in 2016, joining Bruno Mars on the stage. While racial tensions were, of course, still turbulent in 2016, the NFL wasn’t quite as involved or part of the storyline like it has been since Kaepernick has basically been forced out of the league as a free agent.