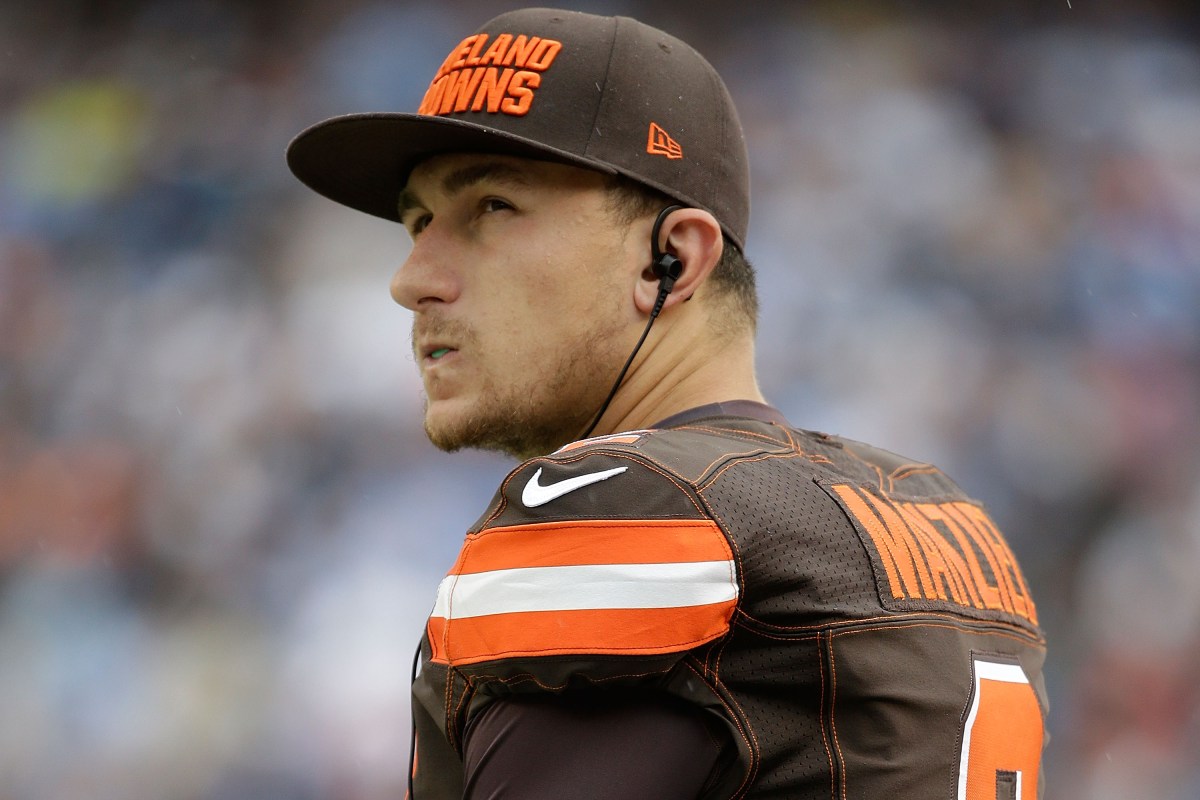 SAN DIEGO, CA - OCTOBER 04: Quarterback Johnny Manziel #2 of the Cleveland Browns looks on from the sideline against the San Diego Chargers at Qualcomm Stadium on October 4, 2015 in San Diego, California. The Chargers defeated the Browns 30-27. (Photo by Jeff Gross/Getty Images)

Former Cleveland Browns quarterback Johnny Manziel was reportedly involved in a fistfight at his friend’s wedding over the weekend, per TMZ.

According to the report, a guest had been hounding Manziel and things escalated at the rehearsal dinner when the former quarterback punched the fellow guest in the face.

Manziel reportedly sent him a bottle of champagne in the morning with an apology note, saying:

“Truly apologize. Should have never done that. Know this won’t make it better, but hope it starts the day off alright.”

Manziel will serve a four-game suspension next season for a substance abuse violation if the free agent does land a deal.

After a disastrous summer, Manziel is reportedly working to get sober and in shape with hopes of returning to the NFL.