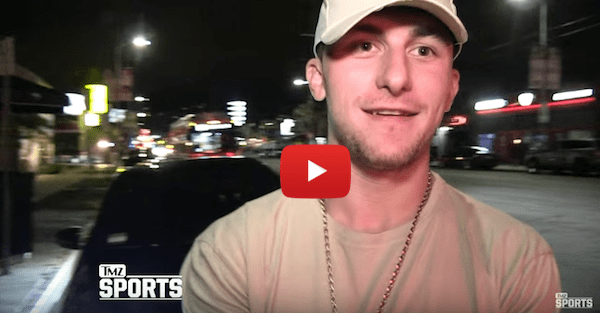 RELATED: Browns knew about Manziel free fall and did nothing about it

Johnny Manziel is apparently trying to get his life together after being dropped by the Cleveland Browns and going out on the town a little too much. He’s moved in with a Super Bowl MVP and former Aggie in Von Miller to hopefully be around a good influence and someone who actually wants to work hard.

He was trying to convince the TMZ camera guy he was doing alright, but he came off as drunk and still immature so this might be a pretty long process. And as much as people think he’ll be out of the league for a while, he’s pretty convinced that he might end up a Denver Bronco. Just get sober, Johnny.