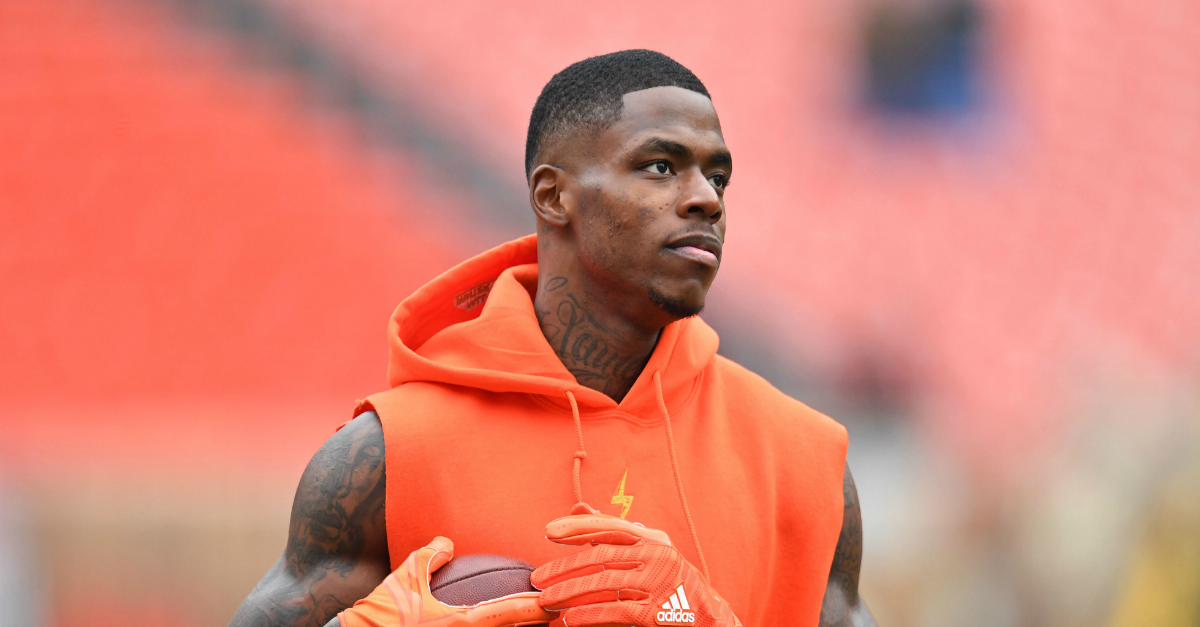 Cleveland Browns wide receiver Josh Gordon, who had what many thought was a confusing status with the franchise, is now locked in with the team.

Josh Gordon will be an "exclusive rights free agent." He didn't have enough games in 2017 for an accrued season. ERFAs are not allowed to negotiate with other teams. I don't understand why they're called "free agents" at all, since they're not. https://t.co/xjy13xpMe8

Now, according to Cleveland.com, Gordon will earn $790,000 with the Cleveland Browns this season.

Unfortunately for Gordon, he didn?t play enough games in 2017, so he?s listed as an exclusive rights free agent. Meaning, in reality, he was never an actual free agent.

His only other option would be to not be in the NFL next season.

Gordon caught 18 passes for 335 yards and a touchdown in five games last season. He had a breakout year his second season in the league as he caught 87 passes for 1,646 yards and nine touchdowns despite missing two games for suspension.

If Gordon can stay out of trouble and continue to produce at a high level, he will be highly sought after once he becomes an unrestricted free agent. He?s only 26, and he?s proven he is one of the most talented receivers in the league when he?s on the field.