Mark Ingram lost his mind on the sideline after Saints reportedly cost him $100,000 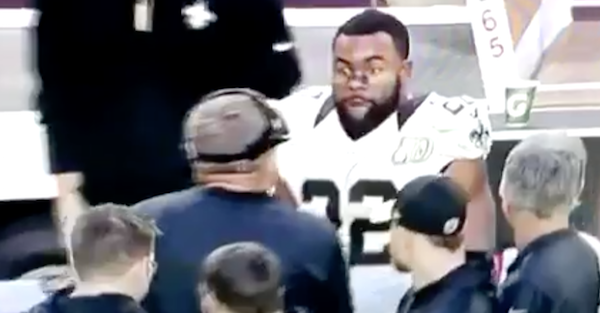 New Orleans Saints head coach Sean Payton may be on his way out after a relatively disappointing season, but thing are already apparently tense in the locker room.

During Sunday’s big win over the Arizona Cardinals, Ingram was seen launching into a fiery tirade against Payton on the sideline.

Got live audio of Mark Ingram from the sideline pic.twitter.com/u5a9PnxyzU

After the incident, reports circulated on why Ingram was so upset:

Whoa. Mark Ingram was one TD away from a $100,000 incentive in his contract. He got pulled on the goal line & went nuts on sideline.

Payton reportedly wouldn’t discuss the issue after the contest:

We’ll continue to monitor this story.