Former Ohio State wideout trashes a fellow Buckeye: “Is he a No. 1 WR? God, I hope not.” 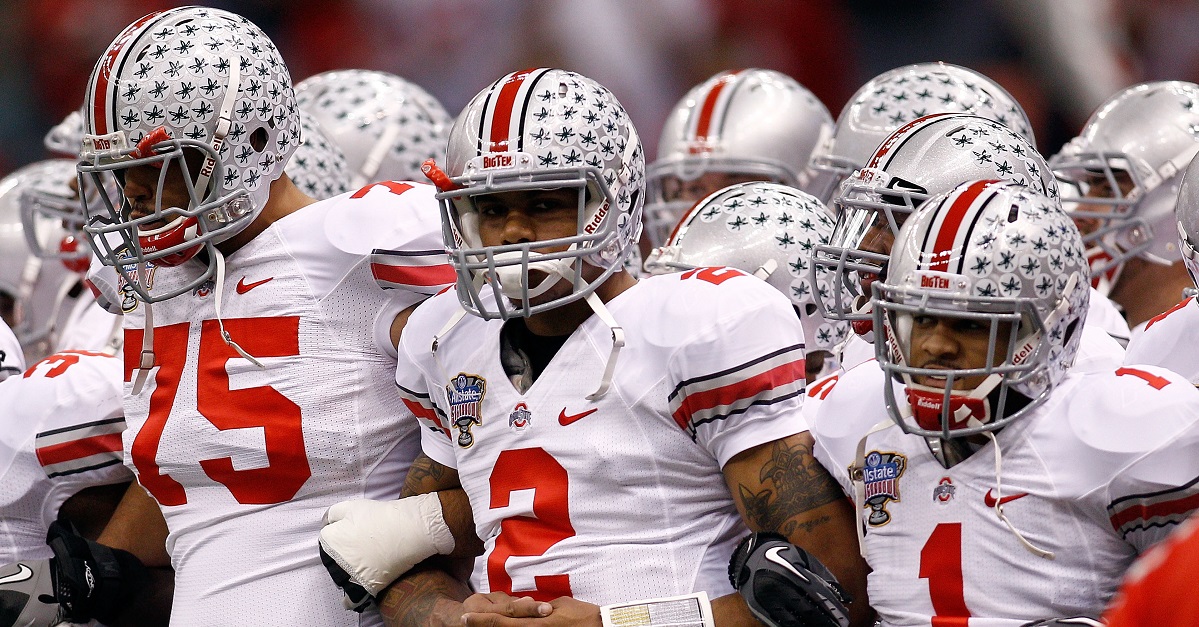 Chris Graythen/Getty Images
NEW ORLEANS, LA - JANUARY 04: (R-L) Dan Herron #1, Terrelle Pryor #2 and Mike Adams #75 of the Ohio State Buckeyes gather with teammates before taking on the Arkansas Razorbacks during the Allstate Sugar Bowl at the Louisiana Superdome on January 4, 2011 in New Orleans, Louisiana. Herron, Pryor and Adams are three of the five players suspended the first five games next season for receiving improper benefits. (Photo by Chris Graythen/Getty Images)

It has been a while since former Ohio State Buckeyes and Cleveland Browns wide receiver Brian Hartline made national news but, this week, it has happened twice. First, Hartline may have shined a light on some (minor) NCAA violations for Urban Meyer and company with his sheer presence and, now, he had some very interesting things to say about former teammate and current Browns wide receiver Terrelle Pryor.

In an interview on 105.7 The Zone in Columbus on Wednesday, Hartline was asked about Pryor’s play this season as a wide-out in Cleveland and he didn’t hold back.

It should be noted that Hartline is no longer a member of the Browns in part because of Pryor’s success after a position change, but this isn’t a situation in which there is much wiggle room. The 6-foot-4 converted quarterback has 67 receptions for 877 yards and four touchdowns for the winless Browns and, in short, Pryor has been one of the brightest spots on the roster.

This type of shade in his direction doesn’t look great from Hartline, even if his assertion that Pryor isn’t a number one receiver might not be insane. In the bubble that surrounds Ohio State football, everything is big news and Buckeye-on-Buckeye crime through the media qualifies.