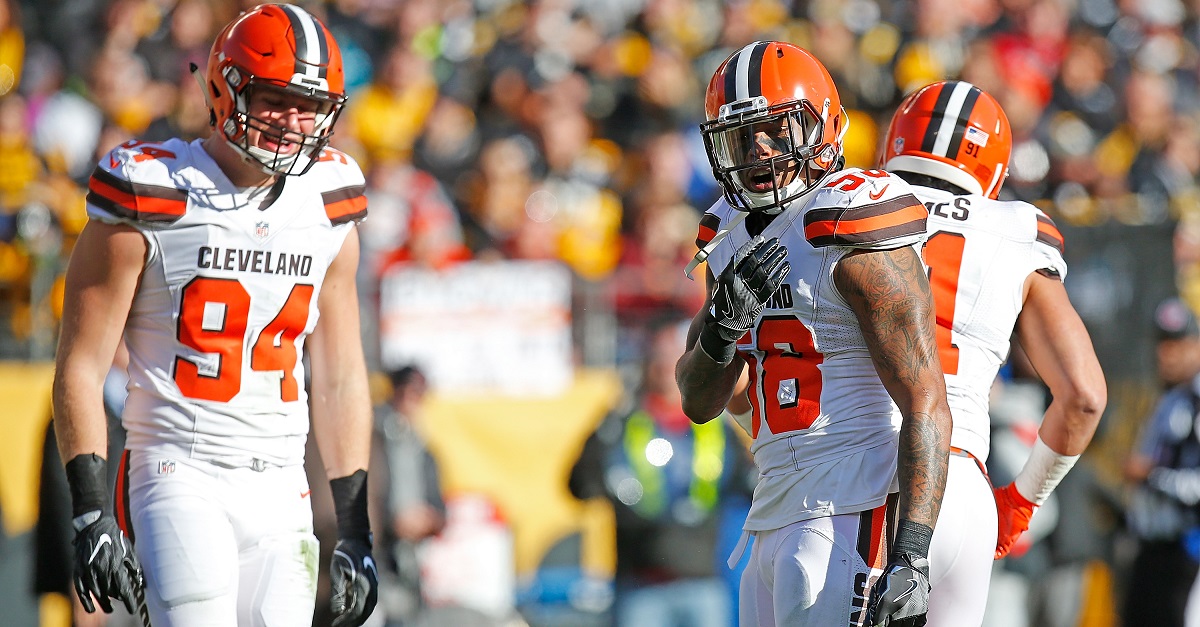 There have been plenty of mock drafts that have the Cleveland Browns taking Myles Garrett first and then trying to get a quarterback with their 12th pick with either Deshaun Watson (if he’s available) or Mitch Trubisky who are both believed to be worth the first round picks. However, WalterFootball.com has the Browns heading in a completely different direction.

RELATED: Deshaun Watson comments on rumors that he’s trying to avoid the Browns

The site has the Browns taking Ohio State cornerback Marshon Lattimore at No. 12 and then going for the ultimate reach in the second round by drafting Tennessee quarterback Josh Dobbs at pick 52. Let’s not forget that this is the team that drafted Cody Kessler in the third round after he was an afterthought and was assumed to be going in the sixth or seventh round. So I guess this shouldn’t really surprise anyone.

The Browns might also be high on Dobbs because they got a chance to coach him in the Senior Bowl and liked what they saw from him. Dobbs threw for over 2,900 yards and completed 63 percent of his passes. He also threw 27 touchdowns against 12 interceptions on the 2016 season.