One team reportedly considering 3 options at QB, including a blockbuster deal for Jimmy Garoppolo 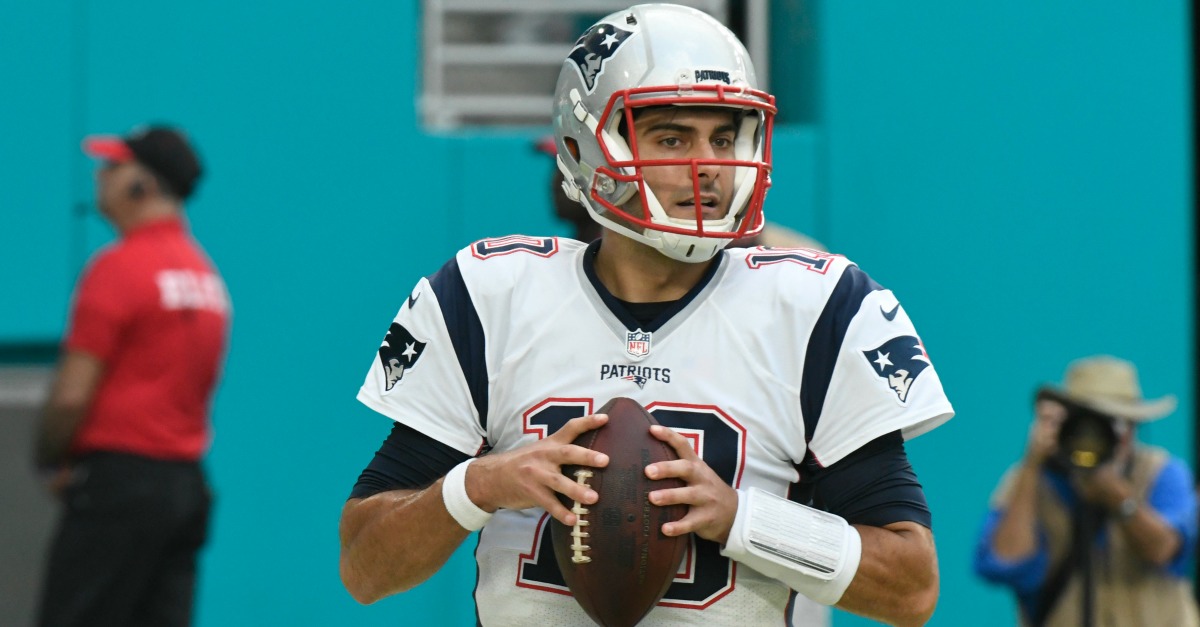 This would certainly create buzz in Cleveland.

Mary Kay Cabot of Cleveland.com reports that the Browns have a dream scenario – take Myles Garrett as the No. 1 pick in the upcoming NFL draft and then trade No. 12 and, possibly, a later selection for New England Patriots backup quarterback Jimmy Garoppolo, making him the franchise quarterback

What Cleveland fan wouldn’t dream of that?

RELATED: The Browns could make a stunning move at quaterback

Garrett locked up his spot as the consensus No. 1 with a Combine performance that blew everyone away.   Several NFL teams have been salivating over the inexperienced Garoppolo, and the reports are all over the place when it comes to whether – or not – the Patriots really want to trade Tom Brady’s backup.

This much seems clear. If the Patriots get their rumored asking price – a first-rounder this year and next – they just may bite.

Most don’t expect Cleveland to go that high. The scenario Cleveland.com raises  – No. 12 overall this year plus a lower pick — is an interesting one. The only question is, is that enough to make Bill Belichick and Co. bite?

If not, then the Browns are reportedly considering Tyrod Taylor (if Buffalo releases him) and A.J. McCarron, the Cincinnati Bengals backup who wants to be traded.