Patriots fans may have cursed their team, and it has everything to do with disrespecting the Steelers 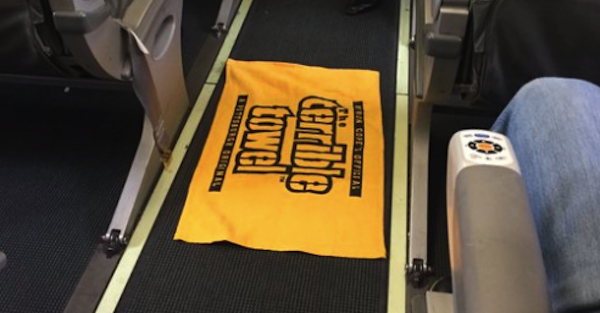 The Week 15 battle between the New England Patriots and the Pittsburgh Steelers inspired quite a few reactions and that makes sense given the magnitude of the match-up. The ending of New England’s victory was quite controversial (unless you’re asking Tom Brady) and the Steelers had some in-fighting when quarterback Ben Roethlisberger tried to pass the buck following the game-losing interception.

After the game, though, a potentially interesting development occurred when Patriots fans seemingly displayed Pittsburgh’s trademark “Terrible Towel” in an odd way on an airplane.

So this is happening as folks board our flight from Pittsburgh to Boston pic.twitter.com/cUDKwAMJoq

Following this tweet from Dan Shaughnessy of the Boston Globe, conspiracy theories arose on just how this action could place a “curse” on the Patriots when compared to the Steelers. In some ways, New England has owned the match-up in recent years but Nick Signorelli of Bleacher Report broke down an assortment of times in which the “Terrible Towel” has been disrespected and, well, the fallout from those moves.

Of course, it takes some real gymnastics to actually place any real credence in this kind of karmic issue but, at the same time, there will be fans that certainly jump aboard the train here. The Pats and Steelers may meet again later in the calendar and, if the result flips, some folks will remember this.