The Pro Bowl is Dead, and These 3 Bizarre Moments Killed It 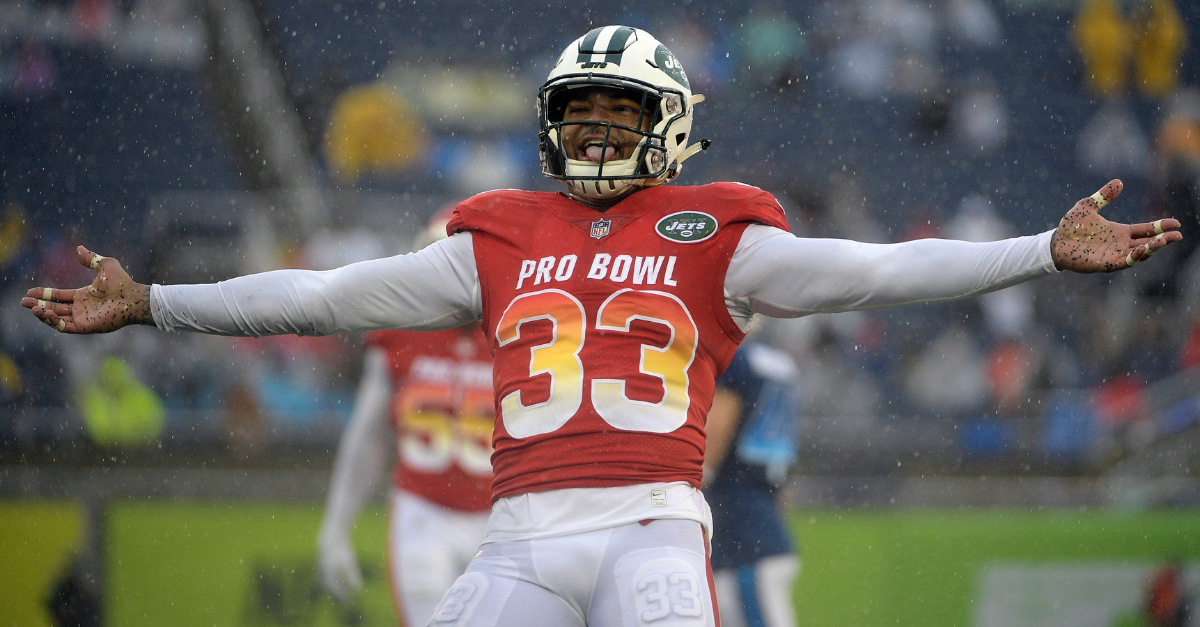 The Pro Bowl is supposed to be a celebration of the greatest professional football players in the world. High-profile athletes used to meet out at Aloha Stadium in Hawaii until a multi-year deal moved the game to Orlando, hoping to make it more relevant. Once again, if the 2019 game was the best version of celebrity football the NFL can put together, it’s time for this thing to go away and save fans the trouble of voting for whatever the hell we watched on Sunday.

For what it’s worth, the AFC defeated the NFC, 26-7, in a torrential downpour in Florida. New Orleans Saints running back Alvin Kamara played defensive tackle. Dallas Cowboys head coach Jason Garrett and his staff only managed to score SEVEN points with the NFC’s best players ? That’s the fewest at a Pro Bowl in 25 years. No one tackled, no one tried, and Camping World Stadium left everyone wondering what the point of this thing really is anymore?

On the game’s very first possession, ESPN commentator Jason Witten added another highlight onto his rookie broadcasting campaign. Chiefs quarterback Patrick Mahomes connected with Colts tight end Eric Ebron on an 18-yard touchdown. Witten, who was probably thinking about his upcoming vacation, reacted by saying that the teammates had connected like that “all year.”

To be clear: this was the first time Mahomes and Ebron had ever been teammates.

Jason Witten: “Ebron was his guy all year”

Early in the fourth quarter, with everything spiraling further into mediocrity, the game’s ridiculous nature took another incredible turn. Tampa Bay wide receiver Mike Evans was playing defense, because why not? Evans intercepted a Deshaun Watson pass, and madness ensued. Laterals, pitches and a bunch of grown men playing a game of keep-away broke out on national television until Minnesota safety Harrison Smith was “tackled” to finally put an end to it.

Here’s the full play, but this graphic of where every player traveled does the madness plenty of justice.

Lastly, after winning the glorified flag football game, was the all-important trophy presentation. Patrick Mahomes and New York Jets safety Jamal Adams were named the game’s Most Valuable Players, and they were given the honor to hoist the rain-soaked MVP trophy.

Remember our pal Jason Witten? His day wasn’t done yet, as he’d break the top off of the trophy, then act like nothing happened while attempting to fix it in a ceremony straight out of Seinfeld. Keep an eye on Jamal Adams’ face.

Jalen Ramsey caught the NFC’s only touchdown pass although he plays cornerback for Jacksonville. Anthony Sherman was the game’s leader in total yards with 103, and he’s Kansas City’s fullback. Rookie Saquon Barkley, one of the game’s biggest attractions, did more with the football on defense than offense.

The Pro Bowl was a laugher. It’s a bunch of kids playing backyard football, which in spirit sounds great. The fact that we’re talking about the sideshow acts and watched the league’s best do all they can not to get hurt says something about the game itself.

If this is the best the NFL has, what’s the point of putting on the game at all?