Raiders fan got way too aggressive, swatted a kid in the head 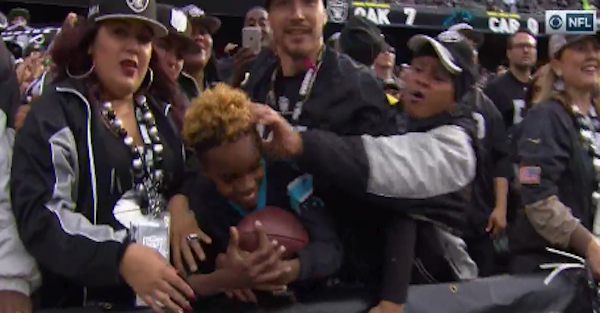 Cam Newton’s weekly football giveaway is enough to get fans riled up.

So when he scored against the Oakland Raiders and walked toward their riled up fans, you had to imagine it would get a bit intense.

That’s when Newton handed the ball to the lone Panthers fan in the corner, and some jerk swatted, hitting the kid in the head before giving up on the play.

The kid was still smiling after the incident and seemed to be just fine.